More than 300 sentenced to death in Iraq for IS links 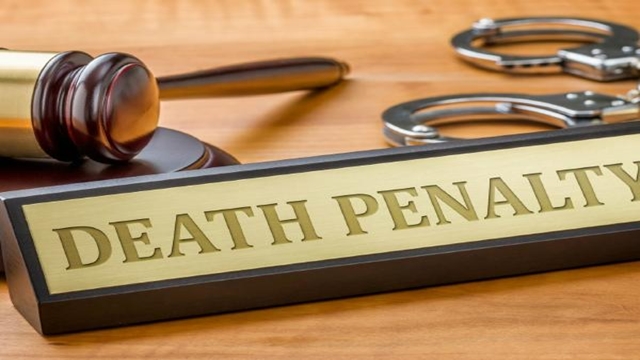 Iraqi courts have sentenced to death a total of more than 300 people, including dozens of foreigners, for belonging to the Islamic State group, judicial sources said Wednesday.

The suspects are being tried by two courts, one near the former jihadist stronghold of Mosul in northern Iraq and another in Baghdad which is dealing notably with foreigners and women.

Since January in the capital, 103 foreign nationals have been condemned to death -- including six Turks sentenced on Wednesday -- and 185 to life in prison, according to a judicial source.

Most of the women sentenced were from Turkey and republics of the former Soviet Union.

In January, an Iraqi court condemned a German woman to death after finding her guilty of belonging to IS while on Tuesday a French woman was sentenced to life in prison.

At the court In Tel Keif near Mosul, 212 people have been sentenced to death, 150 to life in prison and 341 to other jails terms, Supreme Judicial Council spokesman Abdel Sattar Bayraqdar said in a statement.

"It has been proven that they carried out criminal actions at public hearings conducted in accordance with the law during which the convicts' rights were guaranteed," he said.

Iraq declared victory in December against IS -- also known as ISIS -- which at one point controlled a third of the country.

On Monday the justice ministry said 11 people convicted of terrorism- related charges had been executed in Iraq, which according to New York-based Human Rights Watch is the world's number four executioner.

"These executions follow rushed trials of ISIS suspects which are riddled with due process violations, including convictions based solely on confessions which are sometimes extracted by torture," said HRW senior Iraq researcher Belkis Wille.

"Iraq's mishandling of the ISIS trials not only denies victims real justice, but also risks sending innocent Iraqis to their deaths." afp