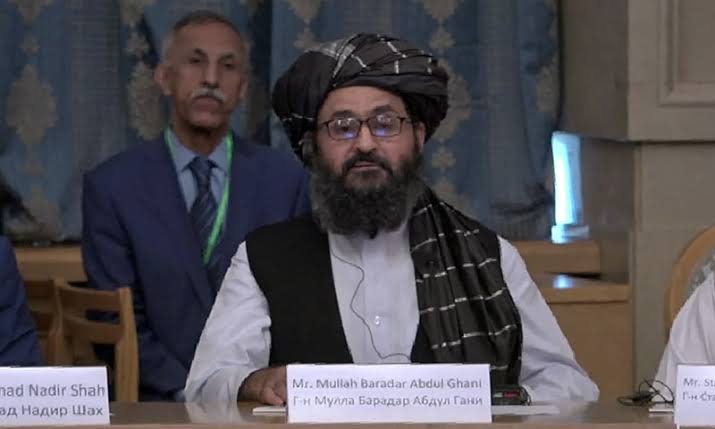 Taliban commander Mullah Abdul Ghani Baradar may become the new President of Afghanistan as Ashraf Ghani has reportedly stepped down from the post.

Ghani was left helpless after the Taliban quite literally ran over province after province in a matter of days.

The battered Afghan Army at many cities surrendered to the Taliban without even putting up any resistance.

Though Kabul has not been officially declared to be captured by the Taliban, the Afghan capital has been surrounded from all sides by the insurgents.

Taliban fighters are reportedly waiting outside Kabul and are said to be not keen to go in.

Taliban said it is not seeking revenge and that all civilian and military officials will remain safe.

Mullah Abdul Ghani Baradar, the incoming 'president' was the head of the Taliban's government in exile, based in Doha and he has reportedly left Qatar for Afghanistan.

The leader's public profile has been largely limited to the release of annual messages during Islamic holidays.

Abdul Ghani Baradar was raised in Kandahar -- the birthplace of the Taliban movement.

Like most Afghans, Baradar's life was forever altered by the Soviet invasion of the country in the late 1970s, transforming him into an insurgent.

He was believed to have fought side-by-side with the one-eyed cleric Mullah Omar.

The two would go on to found the Taliban movement in the early 1990s amid the chaos and corruption of the civil war that erupted after the Soviet withdrawal.

Following the Taliban's collapse in 2001, Baradar is believed to have been among a small group of insurgents who approached interim leader Hamid Karzai with a letter outlining a potential deal that would have seen the militants recognise the new administration.

Arrested in Pakistan in 2010, Baradar was kept in custody until pressure from the United States saw him freed in 2018 and relocated to Qatar.

This is where he was appointed head of the Taliban's political office and oversaw the signing of the withdrawal agreement with the Americans.