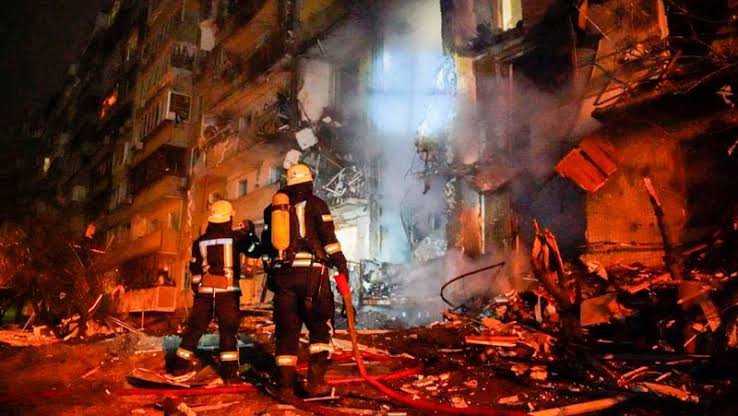 The Russian army has targeted Ukraine's military infrastructure with cruise missiles from the air and sea, the defence ministry said on Saturday, as Moscow pressed on with the invasion of the pro-Western country.

"During the night, the armed forces of the Russian Federation launched a strike with long-range precision weapons using air- and sea-launched cruise missiles against the military infrastructure of Ukraine," defence ministry spokesman Igor Konashenkov said in televised remarks.

That claim came despite evidence on the ground of residential buildings being hit.

Speaking on day three of Moscow's invasion of Ukraine, Konashenkov also said that the Russian troops had taken "full control" of the southeastern city of Melitopol.

"The Russian servicemen are taking all measures to ensure the safety of civilians and exclude provocations from the Ukrainian special services and nationalists," the spokesman said.

The Russian military has also shot down seven fighter jets, seven helicopters and nine drones, he said, adding that 87 tanks and other armoured vehicles had been destroyed.

He gave no details of any Russian losses in the fighting in the face of statements from Kyiv that they have inflicted heavy damages on Moscow's forces.

On Thursday, Russian leader Vladimir Putin unleashed a full-scale invasion of Ukraine that has killed dozens of people, forced more than 50,000 to flee Ukraine in just 48 hours and sparked fears of a greater conflict in Europe.