55 killed in Gaza violence before US embassy opening 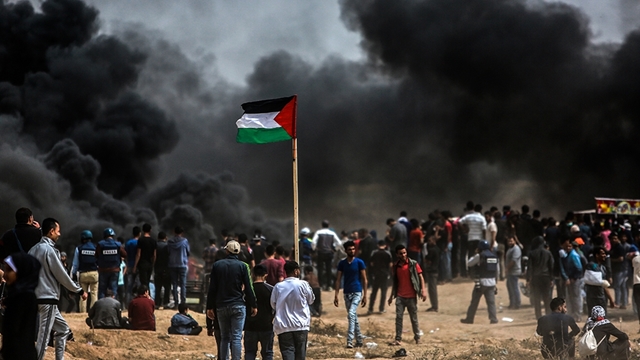 At least 55 Palestinians have been killed and 1,300 wounded by Israeli troops in clashes on the Gaza border, Palestinian officials say.

The violence comes before the opening of the US embassy in Jerusalem, which has infuriated Palestinians.

They see it as clear US backing for Israeli rule over the whole city, whose eastern part Palestinians lay claim to.

Top US officials, including President Donald Trump's daughter and her husband, will attend the event.

Gaza's Islamist rulers, Hamas, have led mass protests in a "Great March of Return" for the past six weeks. Israel says demonstrators are trying to breach the border fence.

Children were among those killed on Monday, the Hamas-run health ministry says. 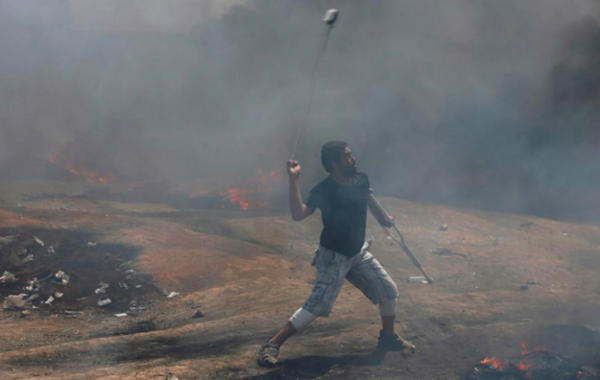 Israel's army said 35,000 Palestinians were taking part in "violent riots" along the security fence and that its troops were operating "in accordance with standard procedures".

The Palestinian Authority government based in Ramallah, in the occupied West Bank, accused Israel of carrying out a "terrible massacre".

Bilal Fasayfes, 31, was getting on a free bus to the border with his wife and two children in the southern Gaza city of Khan Yunis.

"If half the people die we won't care. We will keep going so the other half can live with dignity;" he said. 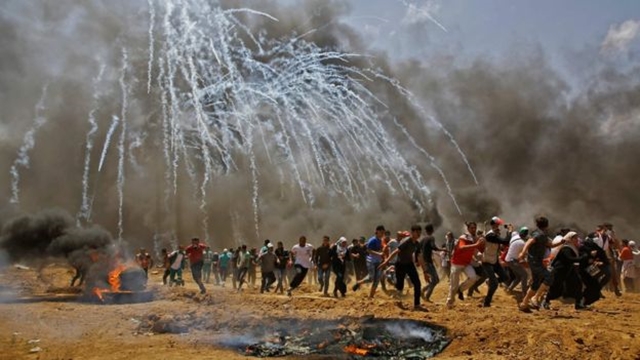 Israeli warplanes also struck a Hamas base close to the border, the army said, saying forces had come under fire.

Hamas leaders had backed attempts to break through the border fence during the protest.

The protests were against the transfer of the US embassy in Israel from Tel Aviv to the disputed city of Jerusalem.

Demonstrators are also calling for Palestinian refugees who fled or were expelled during the 1948 war surrounding Israel's creation to be allowed to return to their homes now inside Israel.

Palestinians have been infuriated by US President Donald Trump's December 6 recognition of Jerusalem as Israel's capital as they consider the eastern part of the city their capital.

More than 91 Palestinians have been killed by Israeli fire since protests and clashes began along the Gaza border on March 30.

No Israelis have been wounded and the military has faced criticism over the use of live fire.

Israel says it only opens fire when necessary to stop infiltrations, attacks and damage to the border fence, while accusing Hamas of seeking to use the protests as cover to carry out violence. 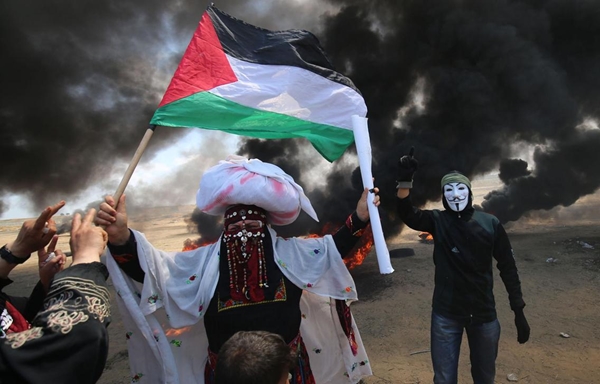 In Khan Yunis, groups of masked young men, some carrying wooden bats, walked between shops forcing them to close to respect a general strike.

Muataz al-Najjar, 18, who was wounded four times in the last seven weeks, once from a bullet and the others from gas cannisters, said he hoped to break through the fence.

"We will return and the move of the embassy from Tel Aviv will be prevented."

East of Gaza City, Umm Saab Habib, 60, said she was taking part "to tell Trump to remove the embassy from Jerusalem and we are returning to Jerusalem". 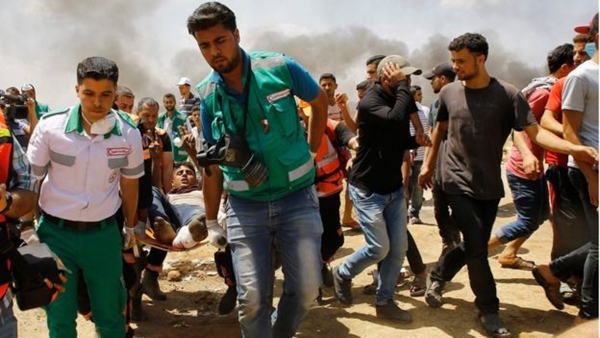 At Shifa Hospital, where doctors say they are running low on crucial supplies and being forced to discharge patients early to make space for the next wave, a large tent was erected in front of the emergency room.

Faris Abu Hajaras, 50, said his family was from Jaffa, now within Israel, but he had never been there. He is a builder but said Israel's blockade of Gaza meant there was no work.

"We will stay peaceful with our hands like this," he said, lifting them to the sky. "But death comes from God."