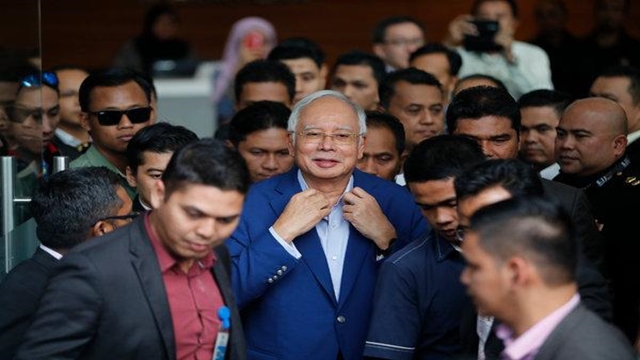 Malaysian anti-corruption agents arrested former Prime Minister Najib Razak on Tuesday following a probe into how money went missing from a state fund he founded almost a decade ago and he was expected to be charged in court on Wednesday.

Since his shock election loss to Mahathir Mohamad in May, Najib has been barred from leaving the country, quizzed by the anti-graft agency and had his houses searched as part of the probe into 1Malaysia Development Berhad (1MDB).

Mahathir said in an interview last month that embezzlement and bribery with government money were among the charges that Malaysia was looking to bring against Najib, adding they had “an almost perfect case” against him.

Najib’s arrest was in relation to a probe into SRC International, a former 1MDB unit, a task force investigating the fund said.

Anti-graft agents picked up Najib from his home after serving him with a remand order, Reuters reported quoting two sources close to the family.

A Najib spokesman did not immediately have a comment. Najib has consistently denied wrongdoing in dealings with 1MDB..

Founded by Najib in 2009, 1MDB is being investigated in at least six countries for alleged money laundering and graft.

Civil lawsuits filed by the US Department of Justice allege that nearly $4.5 billion was misappropriated from 1MDB.