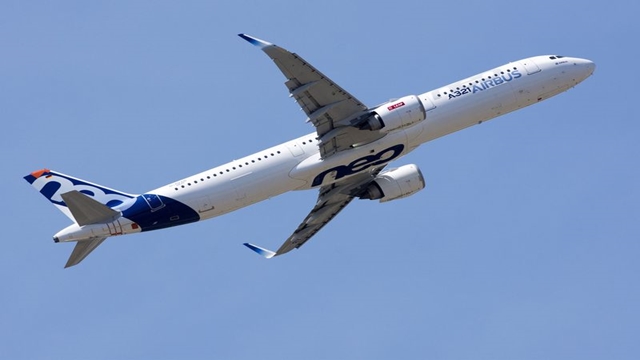 Airbus SE is closing in on a blockbuster agreement to sell $23 billion worth of aircraft, based on list prices, to AirAsia Group Bhd., according to people familiar with the matter.

The Malaysian airline, already the second-biggest customer for Airbus’s re-engined A320 narrowbody, is weighing an order for as many as 100 A321neo aircraft, according to people familiar with the discussions.

AirAsia is simultaneously close to agreeing to order an additional 34 A330neo widebodies, which would bring its total backlog for that aircraft to 100.

The orders are still subject to final negotiations, said the people, who asked not to be named discussing private talks. While no deal has been reached, the sides are close enough that at least part of the sale could be announced next week during the Farnborough Air Show outside London, the industry’s largest trade expo this year, the people said.Airbus and AirAsia declined to comment.

The purchase of the A321neos would catapult AirAsia ahead of India’s Interglobe Aviation Ltd. as the biggest customer for Airbus’s marquee narrowbody jet, extending the Malaysian carrier’s existing orders to 504 planes.

Even more crucial for Airbus, a decision to take more of the larger A330neos would reaffirm AirAsia’s commitment to that widebody program amid heavy competition with Boeing’s fast-selling 787 Dreamliner.

As negotiations heated up last week, AirAsia Chief Executive Officer Tony Fernandes fired an unconventional shot at Airbus with a tweet en route to a meeting at the manufacturer’s Toulouse, France, headquarters:

“We have ordered the 330 but to finally confirm it we must make sure price is right. Performance is right. Engine is right,” Fernandes said on Twitter. “If right the plane we dreamt of and fought for and then we can order more. Or else.”

The new planes would help Fernandes further his plan to build a pan-Asian budget airline and capture a share of a market dominated by Gulf-based carriers and Air India.

In India, he’s planning more domestic flights, while international operations are on the cards early next year. AirAsia Group also has a long-haul arm, AirAsia X Bhd., whose more than 20 destinations include Auckland, Tokyo, Sapporo, Chengdu, Shanghai, Melbourne, the Gold Coast and Honolulu.

For Airbus, a win for the A330neo would follow months of setbacks for the twin-engined jet after Boeing beat out the European planemaker in key contests. Most recently, Airbus lost an order when India’s Vistar chose the Dreamliner.

The aircraft, originally designed as a quick and easy upgrade to its popular A330 predecessor, has struggled to stack up orders, with a backlog of 224 aircraft including 10 booked last month from an unidentified customer.”.

The A321neo, the largest of the A320 family, has a list price of $129.5 million, while the dual-aisle A330-900 has a sticker price of $296.4 million. Airlines typically benefit from significant discounts to list prices.Bloomberg.