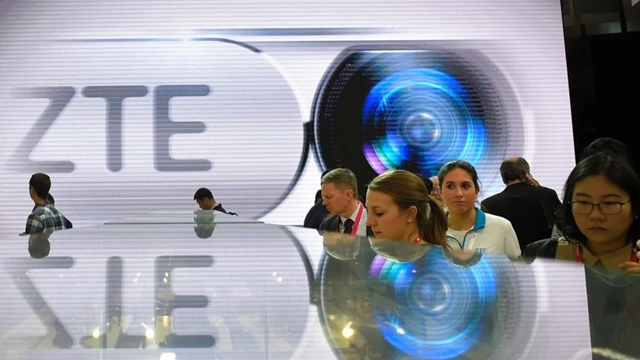 Shares of China’s ZTE Corp surged more than 12 per cent in Hong Kong on Monday after the United States lifted a ban on American companies selling parts to the telecommunications equipment maker that had crippled its business.

The US Commerce Department removed the ban shortly after ZTE deposited $400 million in a US bank escrow account as part of a settlement reached last month. The settlement also included a $1 billion penalty that ZTE paid to the US Treasury in June, reports Reuters.

ZTE’s Hong Kong-listed shares opened up 5.5 per cent and quickly extended gains to rise more than 12 per cent to HK$15.48. That is still around 40 per cent lower than its last trading price in April when its shares were suspended for two months.

Uncertainty over the ban battered ZTE shares, wiping out nearly $11 billion of the company’s market valuation.

Underscoring the impact of the US penalty, ZTE said on Friday it expected to record a net loss in the first half of the year due to the hefty fine.

Many US lawmakers see the company as a national security threat and, on Thursday, a group of Republican and Democratic US senators urged that ZTE’s penalties be reinstated.

The US Senate paved the way for a showdown with US President Donald Trump over the issue last month, when it passed an annual defence policy bill with an amendment attempting to reverse the deal.

The fate of the amendment is unclear. Despite bipartisan support for the measure among members of Congress, Republicans control both the Senate and House and party leaders break from Trump’s policies rarely.

ZTE’s Shenzhen shares jumped by their 10 per cent daily limit early on Monday.

The lifting of the ban, which has been a source of friction between Washington and Beijing amid an escalating trade dispute, paves the way for the Chinese company to get back in business after a nearly three-month disruption.

The ban was imposed in April after Commerce Department officials said ZTE made false statements about disciplining 35 employees after it pleaded guilty last year to violating US sanctions by illegally shipping US goods and technology to Iran.

As part of the deal to lift the supplier ban, ZTE had agreed to remove all members of its leadership at or above the senior vice president level, along with any executives associated with the wrongdoing within 30 days.