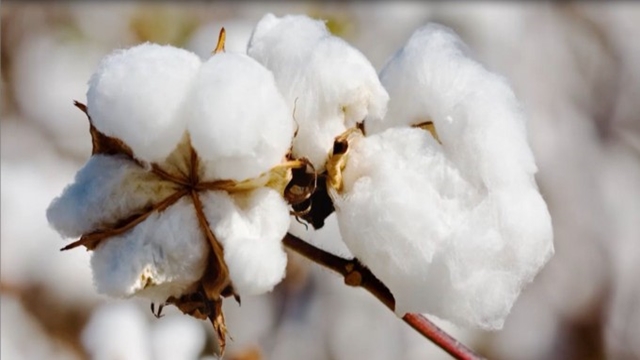 The ongoing US-China trade war could not leave any negative impact on cotton prices, contrary to apprehensions that the increasing tariff measures would make the fibre costlier in international markets.

For cotton, Bangladesh depends a lot on India, supply from where meets nearly 60 percent of Bangladesh's annual demand of 7.1 million bales.

In the beginning of the war, some Indian cotton traders raised the prices a bit in the name of higher cotton demand by Chinese importers as the Trump government imposed 25 percent tariff on export of cotton to China from the US.

“But Bangladeshi firms did not go for panic buying like in 2010, when cotton prices reached a historic high,” said Monsoor Ahmed, secretary to Bangladesh Textile Mills Association, a platform for spinners, cotton importers, users and weavers.

“Rather they adopted a 'go slow' policy, which ultimately helped to keep cotton prices stable in Bangladesh.”

The fibre—a basic raw material for garment fabrics—was traded at the same price range a month earlier, when the economic tangle between the two global giants started.

“In 2010 and 2011, a section of international traders created an artificial crisis and raised cotton prices by nearly five times to around $2.5 a pound. For almost seven years, the fibre's price remained stable at $0.5-$0.6 a pound.”

Experts attributed the rise to a gradual tightening of stock, an unexpected freeze in China's cotton producing areas, a historic flood in Pakistan and a ban on exports from India.

“This time our importers and mill users were very cautious,” he said.

China purchases more than $1 billion worth of cotton from the US every year.

With the higher tariff in place, the Chinese cotton importers started buying the fibre from India, but not in bulk.

Moreover, China started importing cotton through Vietnam from the US, which played a vital role to keep its price stable worldwide.

Bangladeshi importers started reducing their overdependence on Indian cotton three to four months ago thanks to the availability of high quality African and American cotton at competitive prices, Ahmed said.

Now, only 40 percent of the cotton demand in Bangladesh is met with the Indian variety.

On the other hand, cotton imports from Africa has increased by 15 percentage points to 40 percent and from the US, the amount stands at 8 percent, which was around 4 percent even two years ago.

Some traders sell the fibre from different warehouses established in Singapore, Malaysia and Sri Lanka, which increased the availability of African cotton, he said.

“So, there is no crisis of cotton at competitive prices at all now.”

“I don't see anything abnormal happening to cotton prices due to the trade war,” Mehdi Ali, president of Bangladesh Cotton Association, the club of domestic cotton traders, told The Daily Star.

“Bangladeshi mill users and importers should not be worried as the country now has enough cotton in stock backed by a better domestic production of the crop.”

According to the May report of the United States Department of Agriculture on cotton, the world's ending stocks forecast of cotton was down slightly for 2018-19.

However, stocks outside of China will increase for the third year in a row and reach a record high of just over 50 million bales. Global cotton consumption is also expected to hit a record, over 125 million bales.