Libya sentences 45 to death over 2011 killings 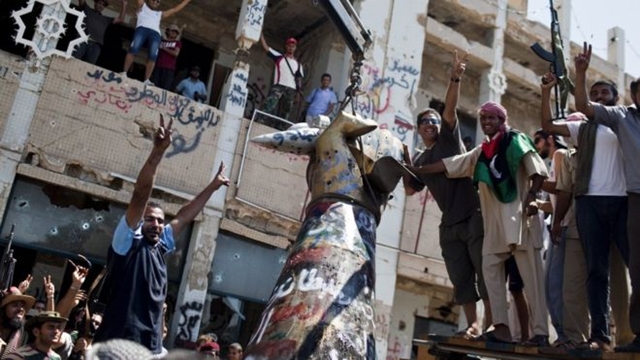 A Libyan appeals court on Wednesday sentenced 45 people to death by firing squad for killings committed in the capital, Tripoli, during a 2011 uprising, according to a statement from the justice ministry.

The statement did not give details of the case, but a justice ministry official said it related to killings perpetrated by forces loyal to former Libyan leader Muammar Gaddafi shortly before he was driven from Tripoli and toppled.

A further 54 people were sentenced to five years in prison over the killings of at least 20 people, while 22 were acquitted.

Defense lawyers and relatives of the accused were present for the verdict, but the defendants were not in court. A picture posted by the ministry showed two guards with large guns standing close to black-robed judges inside the courtroom.

Other death sentences handed down in Libya since 2011, when Libya split into rival camps leading to years of turmoil and armed conflict, are not known to have been carried out.

In its latest annual report, human rights group Amnesty International described Libya's court system as "dysfunctional", and said many had been held since 2011 with no judicial oversight or means to challenge the legality of their detention