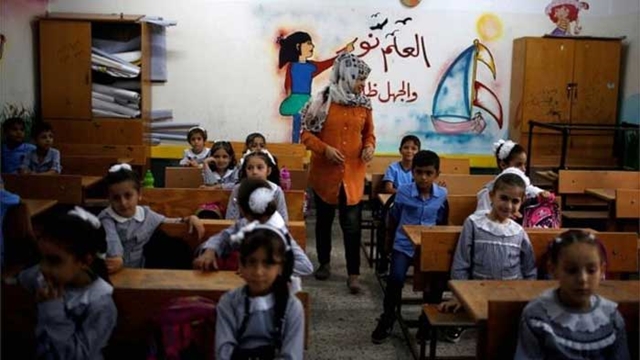 The United States is ending all funding for the UN's Palestinian refugee agency, the US State Department says.

It described the organisation, the United Nations Relief and Works Agency (Unrwa), as "irredeemably flawed".

The US administration has "carefully reviewed" the issue and "will not make additional contributions to Unrwa," spokeswoman Heather Nauert said.

A spokesman for Palestinian President Mahmoud Abbas later said the move was an "assault" against his people.

"Such a punishment will not succeed to change the fact that the United States no longer has a role in the region and that it is not a part of the solution," Nabil Abu Rudeina told Reuters news agency.

He added that the decision was "a defiance of UN resolutions".

A spokesman for Unrwa, Chris Gunness, defended the agency in a series of tweets, BBC reports.

"We reject in the strongest possible terms the criticism that Unrwa's schools, health centres, and emergency assistance programs are 'irredeemably flawed'," he wrote.

The latest move comes after the US announced back in January that it would withhold more than half of a tranche of funding for the agency.