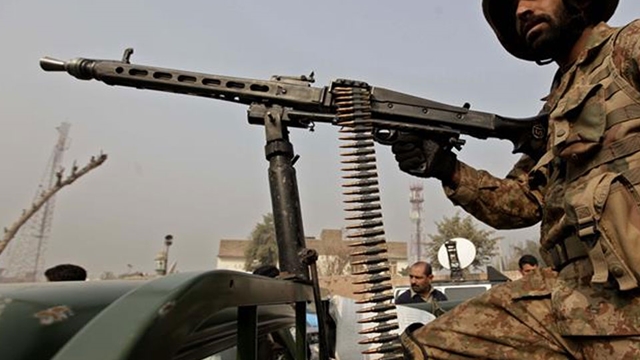 The Pakistani army said late Saturday that nine terrorists and seven soldiers were killed in an anti- terrorist operation carried out in North Waziristan district in northwestern part of the country.

Giving details of the operation, the statement from the army’s media wing
Inter-Services Public Relations (ISPR) said a group of terrorists was
reported to have infiltrated in Pakistan and was hiding in a compound in the
district.

The ISPR said that the security forces cleared the area and started
identification of the killed terrorists, whose bodies were held by the
security forces, adding that an officer was among the killed Pakistani
soldiers in the intense exchange of fire.

It was not clear so far which group was involved in the encounter. However,
the army usually blame members of the outlawed Tehrik-e-Taliban Pakistan for
such infiltrations.

The Pakistani military had conducted a major operation against the
Pakistani Taliban and other militant groups, including foreigners in North
Waziristan, in 2014. Many militants were killed and some fled to neighboring
Afghanistan, according to the military.