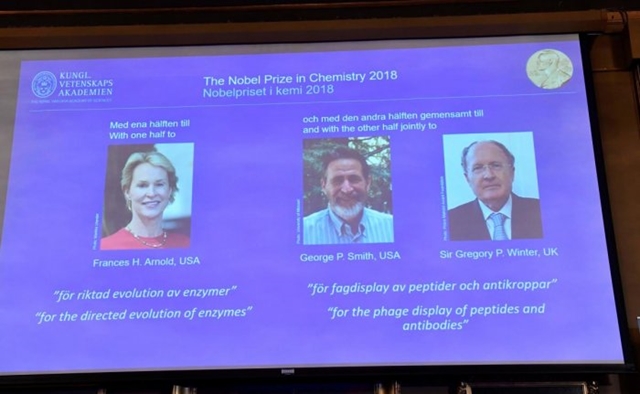 The Royal Swedish Academy of Sciences said in a statement on awarding the 9 million Swedish crown ($1 million) prize on Wednesday.

Arnold won one half of the nine million Swedish kronor (about $1.01 million or 870,000 euros) prize, while Smith and Winter shared the other half.

“This year’s Nobel Laureates in Chemistry have been inspired by the power of evolution and used the same principles – genetic change and selection – to develop proteins that solve mankind’s chemical problems,” ,the award-giving body said.

Chemistry is the third of this year’s Nobels and comes after the prizes for Medicine and Physics were awarded earlier this week.