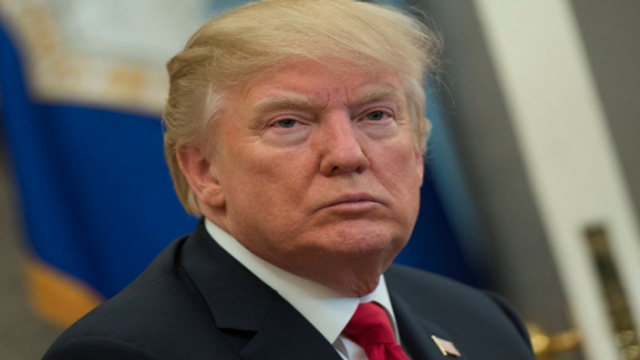 Donald Trump will make his Latin America debut next month, visiting Peru and Colombia after harsh rhetoric towards Hispanic migrants and neighbors to the south.

Trump will travel to Peru to attend the Summit of the Americas in Lima on April 13-14, a gathering of leaders from across the Western Hemisphere.

From there he will visit Colombia, White House officials said.

The announcement ends speculation that Trump may skip the summit entirely. He is the first president since Bill Clinton not to have visited Latin America during his first year in office.

As recently as this week -- after Trump spoke to the summit host, Peru's President Pedro Pablo Kuczynski -- the White House refused to say whether Trump would attend.

When Trump travels south he is likely to encounter protests and perhaps a hesitant welcome from fellow heads of state and government.

Trump has long courted controversy in the region.

His election campaign was marked by accusations of Mexicans sending "rapists" over the border.

He suggested Colombia was not doing enough to stop cocaine coming to the United States, has promised to build a wall on the US border with Mexico and threatened to tear up a trade deal with Mexico and Canada.

Argentina and Brazil also face the prospect of punitive tariffs on steel exports after Trump's controversial announcement on Thursday.

On Friday, Trump spoke by phone with old business acquaintance, Argentine President Mauricio Macri -- whose office said he had urged the US president to exempt his country from the tariffs.

The first Summit of the Americas took place in Miami in 1994, and it has long been a forum for the United States to influence events across the region.

Then president Barack Obama used the last summit, in 2015 in Panama, to meet Cuban leader Raul Castro for the first time and to try to isolate the Venezuelan regime.

Venezuela will likely be a hot topic again this time round. President Nicolas Maduro vowed last month to attend the meeting despite the hosts saying he is unwelcome.

"Are they are afraid of me? They don't want to see me in Lima? They're going to see me, come rain, thunder or lightning!" a defiant Maduro told a press conference in Caracas.

The leftist Venezuelan president vowed to get to the summit venue in Lima "by air, land or sea!"

Maduro is seeking a second six-year term despite the oil-rich country's widespread economic woes. He has barred leading opponents from standing.

The International Monetary Fund projects Venezuelan inflation will climb to 13,000 percent this year, along with chronic shortages of basic foods and medicine.

Trump and Maduro's attendance now sets up the prospect of an awkward interaction between the pair.

During Trump's call with Macri, according to the White House, the pair "underscored the need for countries in the region to work together to bring democracy back to the great people of Venezuela." afp