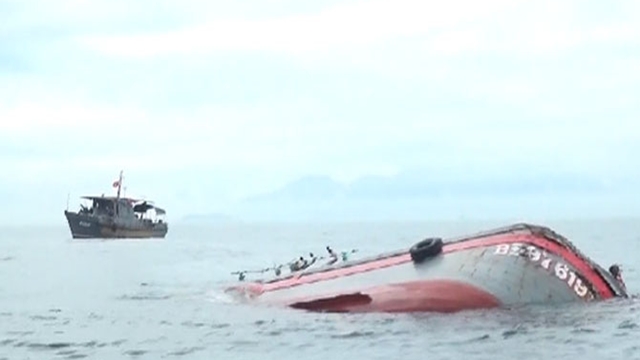 The bodies of five young men were recovered early Sunday after a boat sank in the Shitalakkhya River of Narayanganj following a collision with a cargo vessel in Rupganj upazila on Friday.

Of them, a team of Fire Service recovered a body from the river in Rupsi Kazipara area around 12:30am while four others were found floating in the same area around 8am and the bodies were recovered, said Mamunur Rashid, Deputy Assistant Director of Narayanganj Fire Service and Civil Defence.

Identities of the deceased could not be ascertained immediately.

Divers of Fire Service have been conducting search since Friday night to rescue the missing people and they finally spotted a floating body of a youth near the accident spot and recovered it and then recovered four more bodies around 8am, said the fire service official.

Moniruzzaman, officer-in-charge of Rupganj Police Station, said family members of the five youths, who went missing after boat capsize in the Shitalakkhya River on Friday night, have been informed to identify the bodies.

The bodies will be handed over to family members without autopsy if they want, he added.

A group of 14 youths hired the boat from Demra for a pleasure trip on Friday night. The boat sank in the mid-river in Rupsi Kazipara area after a sand-laden Bulkhead hit it from behind around 9pm, leaving the five youths disappeared in the river, said ward councilor of Tarab Municipality Hamidullah.

However, nine others managed to swim ashore.