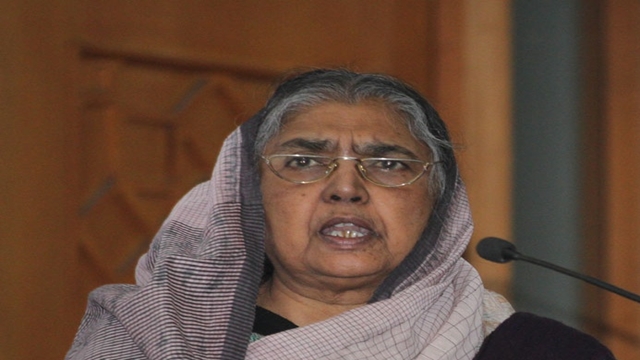 Agriculture Minister Begum Matia Chowdhury on Monday said the agents of the anti-liberation forces had created mayhem in the name of protest staged by the students in the capital on Monday for review of the quota system in public services.

"A vested quarter had carried out such an anarchy in the capital and carried out attack on different establishments including the vice chancellor's house in the name of protest for review of the quota system in public services," she said, while addressing on point of order in the Jatiya Sangsad.

At the same time, the minister also urged the government to take action against those responsible.

Criticizing the attack on the residence of the Dhaka University vice-chancellor, Matia Chowdhury said, "The attack on the VC's house on Sunday had a similarity of the attack carried out by the Jammat-Shibir cadres during the trial of Jamaat leader Maulana Sayedee."

Referring to a Facebook status on the alleged killing of a student by cops, the minister said "We have nothing against general students who had participated in the protest rally but the allegation that a student has been killed is totally false."

She urged the home minister to take stern action against the culprits and bring them under law, immediately.

Justifying the existing quota system, she said the grooming and merit of students of urban and rural areas are not the same, adding that the protest rally is a part of conspiracy to eliminate the freedom fighters' quota.