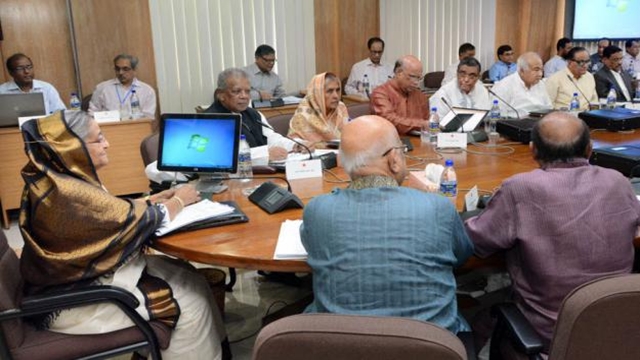 The cabinet has given approval to the drafts of a number of acts, including the 'Government E-mail Policy-2018,' making it mandatory for civil servants to use official domain during e-mail correspondences.

The approval was given in the weekly meeting of the cabinet held at Prime Minister's Office (PMO) in the capital on Monday with Prime Minister Sheikh Hasina in the chair.

Briefing reporters at Bangladesh Secretariat Cabinet Secretary Md. Shafiul Alam said according to the policy civil servants must use government domain gov.bd in their all e-mail correspondences.

Cabinet Secretary said the Krishi Biponon Ain-2018 has been approved in principle to replace the Agricultural Produces Markets Regulation Act, 1964 and The Warehouses Ordinance-1959.

The draft has been framed through necessary revision of the some redundant provisions of the previous acts and incorporating new ones, he said.

The law suggested formation of agricultural marketing coordination committees at national, district ad upazila levels and a market-based management committee to closely monitor the marketing of the agricultural goods.

The law also suggested enhancement of the punishment for any irregularity with agricultural marketing. Mobiles courts would have the authority to deal with the offenses under the law, the cabinet secretary said.

The law proposed formation of the trustee board headed by the Prime Minister and an executive committee headed by the minister for liberation war affairs.

The cabinet has given final approval to the law, which suggested one year imprisonment or fine of Taka one lakh or both for producing substandard goods or any malpractice in weight or measurement.

The cabinet has given approval to the draft of a proposal for ratification and retrospective effect of an agreement signed between Bangladesh and Thailand on visa exemption for diplomatic passport holders.

The cabinet sent back the draft of ICDDR'B Act-2017 and a proposal of the cultural ministry to observe Agrahayan 1 of Bengali calendar year as 'Nabanno Utsab' and include the day in the 'Ka' list of the national days of the Cabinet Division.

The cabinet asked the concerned ministries to place the drafts to the cabinet after necessary scrutiny.

At the beginning of the meeting the Cabinet Division submitted a report on quarterly progress of implementation of the decisions of the cabinet. According to the report, the cabinet in its ten meetings from January 1, 2018 to March 31, 2018 has taken 101 decisions.

Out of those 47 decisions were so far implemented and 54 are under implementation. During the time five policies/strategies were formulated while eight Memorandums of Understanding (MoU) were signed with foreign countries.