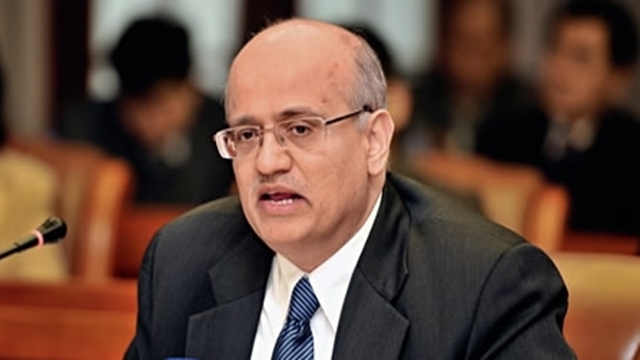 "India has been fully supportive of the efforts being made to resolve the crisis, including early repatriation of the displaced people," he said in a written statement following signing of six MoUs in Dhaka.

Gokhale said the India on her part sent relief materials for 300,000 Rohingyas in September last year under 'Operation Insaniyat' to support Bangladesh in its humanitarian efforts while he simultaneously announced the second phase of such assistance.

He said the assistance included field hospitals with all facilities to extend women and child healthcare while the relief supplies planned for the second phase included milk powder, baby food, dried fish, cooking stoves and cooking fuel, raincoats and gumboots.

Gokhale said supplies would be based on the requirements projected by the Bangladesh government to cater for the difficult rainy season to come.

"On the Myanmar side, we are providing socio-economic support under our Rakhine State Development Programme including construction of pre-fabricated housing in order to meet the needs of the returning people," he added.

Gokhale earlier held a bilateral meeting with his counterpart M Shahidul Haque which was followed by signing of the six documents at State Guest House Padma.

After the meeting, Haque said that they had a very good and fruitful meeting today as all issues including the Rohingya crisis were discussed in the meeting. "We are happy as India wants a peaceful solution to Rohingya crisis and also wants to cooperate in this regard," Haque said.

During a discussion on Teesta water sharing issues, India reiterated its commitment to sign the water-treat agreement as soon as possible, he added.