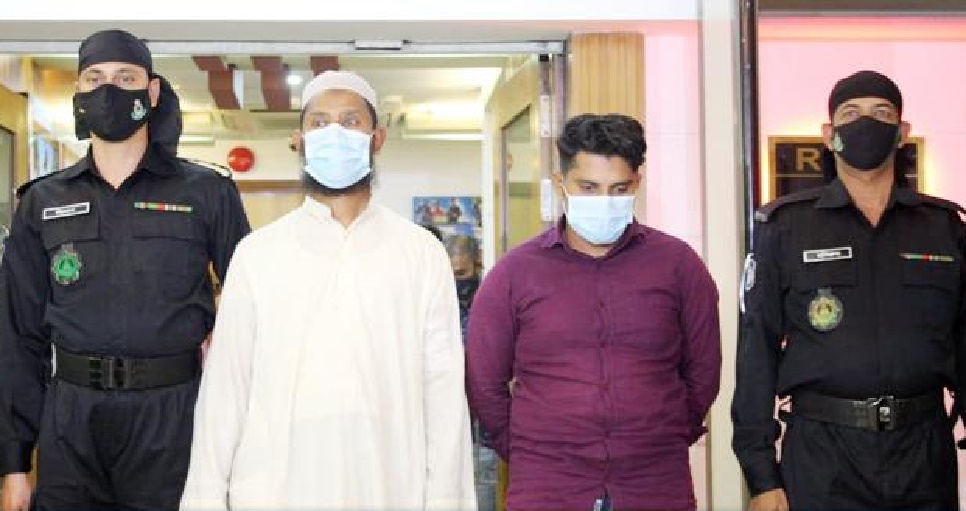 The Rapid Action Battalion (RAB) has detained two persons, including the prime suspect, allegedly responsible for burning down the homes and shops of the Hindus in Rangpur.

Saikat Mandal, 24, son of Rashedul Haque and his accomplice Rabiul Islam, 36, son of Moslem Uddin of Pirganj upazila, have been nabbed by RAB-13 personnel from Gazipur district's Tongi area, following a raid based on a tip-off, sources said on Saturday.

The detainees told interrogators that they had used loudspeakers to instigate people to carry out the arson attacks in a bid to create anarchy and disrupt communal harmony in the country, after posting misleading comments on social media, the RAB Commander said.

After the attacks, Saikat, a student of a Rangpur college, went into hiding.

"Efforts are on to take legal steps against the detainees,” said RAB officers.

On October 17, the attackers set fire to 20-25 houses and shops of the Hindus at Boro Karimpur Majhipara village in Rangpur's Pirganj upazila over a social media post, deputy commissioner Asif Hasan had said.

The attackers had also looted cash, cattle and other valuables from the houses of the Hindus. Police have so far detained 42 men in connection with the arson attacks.

Three cases have been filed in this connection with Pirganj Police.