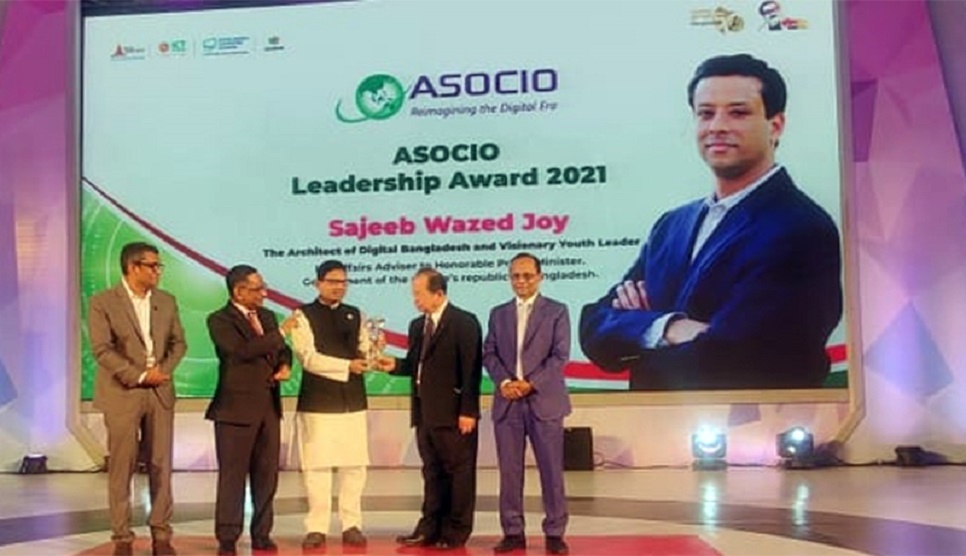 On behalf of Sajeeb Wazed Joy, State Minister for ICT Division Zunaid Ahmed Palak received the award on the second day of World Congress on Information and Technology-2021 (WCIT-2021) in the capital, said a press release on Friday.

On behalf of ASOCIO Chairman David Wong Nan Fay, immediate past chairman Bunrak Saraggananda handed over the award of this year.

Besides, Malaysia, Nepal, Thailand, Japan, Korea, Singapore, Sri Lanka, Taiwan and Vietnam were among the list of award winners.