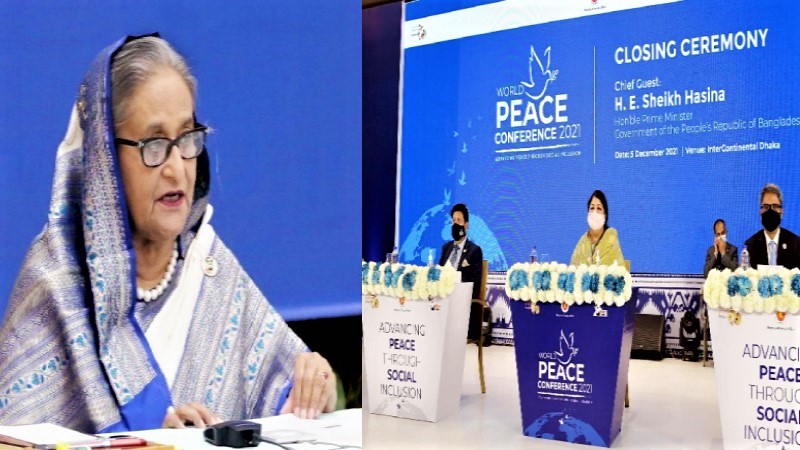 The two-day World Peace Conference ended in Dhaka on Sunday, emphasizing the importance of democracy, good governance and the rule of law as critical factors for global peace and stability.

It underlined the need for social justice and inclusive development as central pillars of a stable, peaceful and equitable society.

The conference valued the role played by national parliaments and local government institutions in giving voice to people’s legitimate demands and aspirations.

The representatives of governments, legislatures, academia, civil society and media, gathered here at the World Peace Conference from December 4-5 condemned colonialism, illegal occupation and unauthorized takeover of power under any pretexts.

"We recognize the role of peace making, peace building and mediation to prevent and end conflicts," they said in "Dhaka Peace Declaration.”

They commended the UN peacekeeping personnel for their dedication and services, and maintain faith in the agency of women and youth in ensuring peace and security.

The participants underscored the primacy of international humanitarian law during times of both war and peace.

"We remain attached to the principles of international protection and assistance for refugees and stateless persons around the world. We renew our commitment to international disarmament and non-proliferation in the backdrop of an intensifying global arms race," read the 16-point Dhaka Peace Declaration.

It renounced the use or threat of use of all weapons of mass destruction - nuclear, chemical and biological.

"We denounce terrorism in all its forms and manifestations. We see merit in working through community engagements to prevent violent extremism. We must unite our combined strength against transnational criminal networks preying on countless victims."

They acknowledged the Conference theme, ‘Advancing Peace through Social Inclusion’ as a comprehensive approach to build back better, greener and stronger from the COVID-19 pandemic that has plagued our world in the last couple of years.

The conference recalled that the UN 2030 Agenda for Sustainable Development remains a blueprint for economic recovery and inclusive growth in the aftermath of the pandemic.

"We must not relent on international peace diplomacy to resolve armed conflicts that continue to cause mindless suffering to millions of men, women and children around the world." 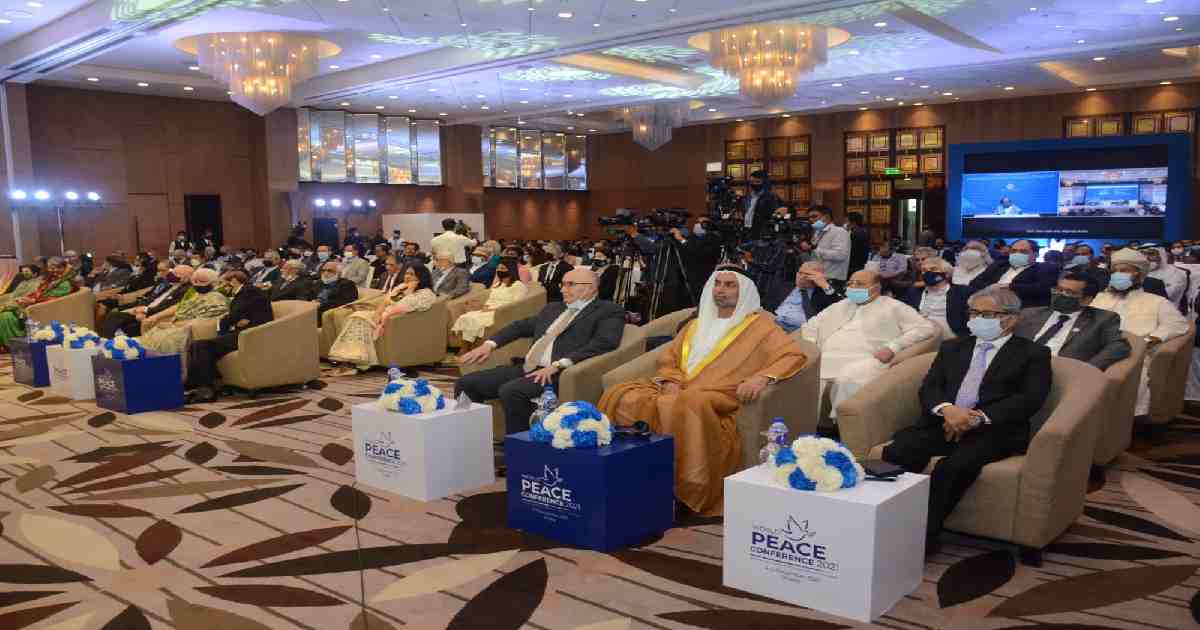 The participants appreciated Bangladesh for holding the conference as it celebrates the 50th anniversary of its independence and the birth centenary of Father of the Nation Bangabandhu Sheikh Mujibur Rahman.

"We recall that Bangladesh’s journey over the last five decades is a validation for people’s emancipation and empowerment as a pathway to sustaining peace, promoting sustainable development and upholding fundamental rights and freedoms."

On this occasion, the participants paid tribute to Bangabandhu for his personal commitment and contributions to peace throughout his illustrious political career.

"We reflect on his words as he singled out peace as the deepest aspiration of all human beings, identified it as essential to the survival and prosperity of all men and women, and stressed that peace to endure must be peace based on justice."

They praised the able leadership demonstrated by his political successor, Prime Minister Sheikh Hasina in taking forward his legacy with courage and determination.

"Her own stewardship of a ‘Culture of Peace’ at the United Nations remains Bangladesh’s signature contribution to the international discourse on peace and human security," read the declaration.

The participants recalled the memory of the martyrs and victims of Bangladesh’s War of Liberation in 1971, and reaffirmed their pledge of ‘never again’ to the commission of genocides, war crimes and crimes against humanity.

"We remind ourselves that despite our commitment, millions around the world continue to be subjected to such international crimes as well as a culture of impunity barring justice and accountability for those crimes," the declaration read.

The participants committed to forge ahead to end such cowardly persecutions and injustices. "We recognize the importance of preserving the memory of past atrocities."