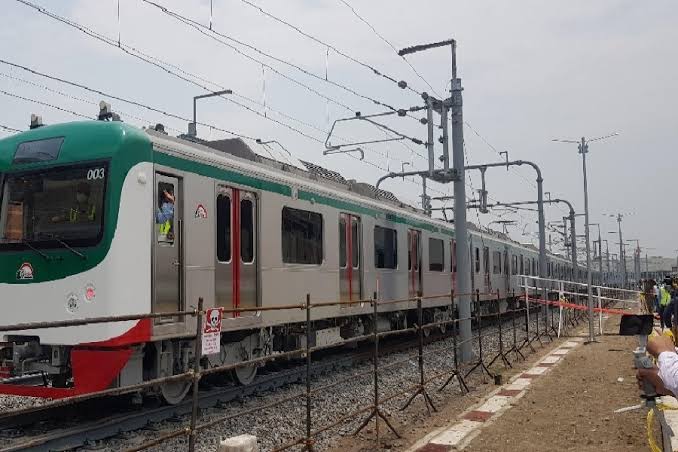 The overall progress of construction work of 21.26-kiolomtere-long elevated metro rail service from Uttara to Motijheel-Kamalapur Railway stands at 72.99 percent now, while 89.88 percent civil work between Uttara and Agargaon has been done.

He said construction work of Mass-Rapid Transport (MRT) Line-6, the country’s first elevated metro rail system in Dhaka city under the Fast Track projects, is going on in full swing targeting to open it for commercial operation by next year.

“Before commercial run of the metro rail we have to carry out integrated test and trial run,” he added.

According to the project details, the 8th set of metro train reached the Mongla port, while 9th and 10th shipment of metro train set will reach the country in January, 2022.

The total 21.26-kilomtere metro-rail project is being built in eight packages. The overall physical progress of the first phase construction from Uttara to Agargaon is 89.88 percent and second phase progress from Agargaon to Motijheel is 71.82 percent, while the overall progress stood at 72.99 percent.

The project details said the land development work of depot (package-I) area has been done, which started on September 8, 2016 and completed nine months earlier.

The construction progress of telecommunication, power substation, signaling and rooms for station controller under package-7 stood at 79.20 percent.

The managing director said workforce engaged in the MRT Line-6 construction works are being checked for COVID-19 symptoms at the primary stage and at the secondary stage, selected persons are being tested for COVID-19 through dedicated sample collection centers for the project.

The project details said the metro rail is projected to carry 60,000 passengers per hour by traveling the entire route of 21.26 km from Uttara to Motijheel-Kamalapur Railway Station in less than 40 minutes.