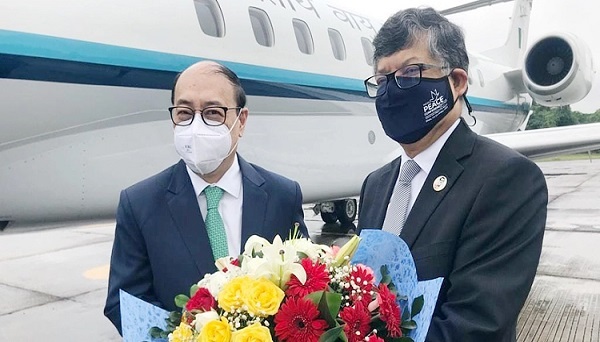 Indian Foreign Secretary Harsh Vardhan Shringla arrived in Dhaka this morning on a two-day official visit, the next day after Bangladesh and India celebrated the Maitri Diwas, BSS reports.

Shringla was received by Bangladesh Foreign Secretary Masud Bin Momen upon his arrival at the airport in the capital, foreign ministry office source said.

The Indian foreign secretary is scheduled to call on Bangladesh Prime Minister Sheikh Hasina tomorrow, according to a media release issued by Indian external affairs ministry.

The foreign secretary's visit to Bangladesh will provide an opportunity to review the wide-ranging cooperation between the two countries, said the Indian external affairs ministry.

The visit will also help prepare the ground for the state visit of Indian President Shri Ram Nath Kovind to Bangladesh from December 15 to 17, said the release.