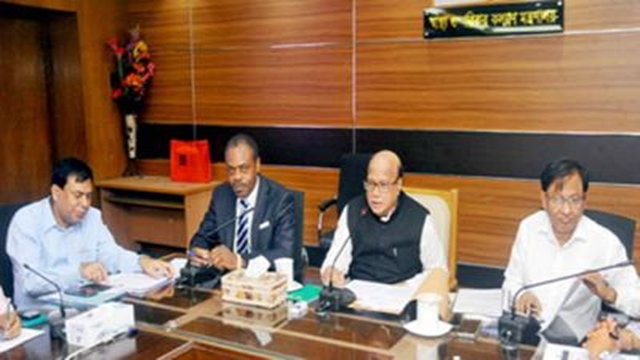 Visiting Health Minister of Congo Dr Oly Ilunga Kalenga on Tuesday lauded Bangladesh's achievements in the health sector especially in the activities of community clinic across the country.

He came up with the admiration at a meeting with his Bangladesh counterpart Mohammed Nasim at his secretariat office in the capital. World Bank (WB) representatives were present on the occasion.

Highlighting Bangladesh's achievements in the health sector, Health and Family Welfare Minister Mohammed Nasim said the government has reached fundamental healthcare to the doorsteps of grassroots people at upazila, union and even at village levels side by side with ensuring world standard medicare at cities.

Prime Minister Sheikh Hasina's innovation of setting up community clinics at ward levels in villages has become an example in the entire world as general people are receiving primary treatment and 32 kinds of medicines free of cost, he added.

Nasim said information and communication technology is being utilized at those clinics to conserve data of patients and if necessary, services are being given through video-conference with physicians of capital Dhaka.

He also sought cooperation from WB to implement the initiatives taken by the government to achieve the sustainable development goals (SDGs) by 2030.

On the occasion, Nasim said the government is thinking about making a combined health system to develop the standard health service at urban slums.