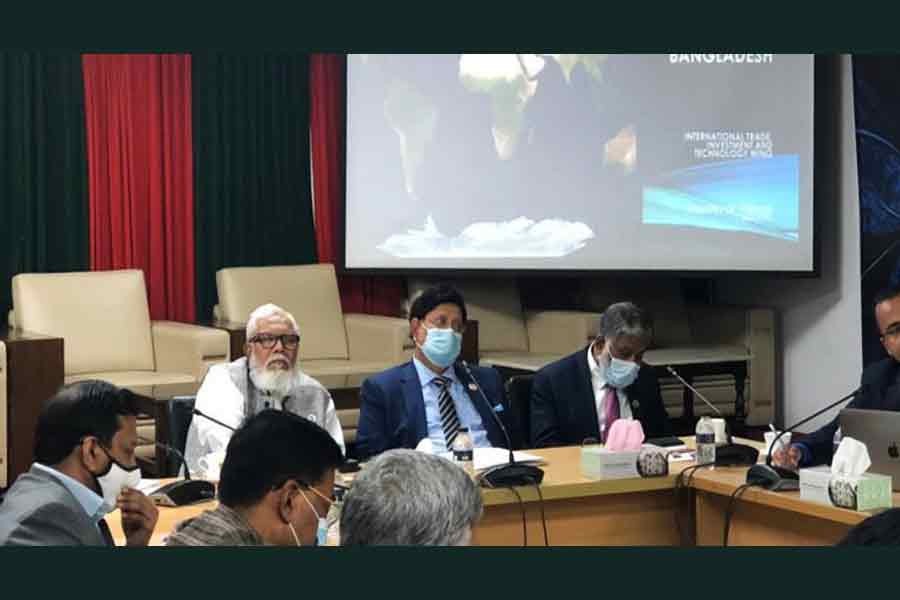 The government of Bangladesh wants to expedite its efforts to brand Bangladesh abroad highlighting its areas of strength with an aim to make the country a more attractive destination for trade and investment.

An inter-ministerial meeting of the committee on ‘Branding Bangladesh Abroad’ was held at the Ministry of Foreign Affairs on Sunday.

Besides, representatives from trade bodies– such as DCCI, BGMEA and FBCCI– also attended the meeting.

Bangladesh's economic viability, success under the Covid-19 pandemic, augmented financial abilities to perform in the international markets, success stories of the brave people of Bangladesh, tourism, self-sufficiency in food production were discussed as possible branding avenues.

The remarkable success of the ICT and ITES sector in providing design services to the global supply chains was discussed.

It was decided at the meeting that a common branding platform would be set up upon which all government and non-government organisations of the country could find complementary support systems for branding Bangladesh from their respective fields.

The Ministry of Foreign Affairs, with its headquarters and its overseas missions, expressed its full support for nation branding and all related work.

In his speech, Foreign Minister AK Abdul Momen emphasised the identification of the areas of strength that Bangladesh has both as a nation and as a sovereign state and asked for stronger coordination amongst the stakeholders for projecting them abroad.

He also highlighted the need for “open, inclusive and fact-based programmes” for projecting a correct and aspirational image of the country.