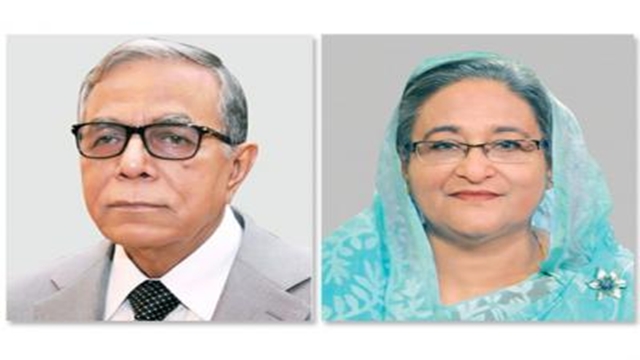 President Abdul Hamid and Prime Minister Sheikh Hasina on Wednesday recalled the importance of innovations and creative activities for the progress of civilization and said like men, the role of women in expansion of innovation and creativity is equally important.

In separate messages, on the eve of the World Intellectual Property Day-2018, the President and the Prime Minister said that they are happy to know that the country is observing the day in a befitting manner.

In his message, Preside Abdul Hamid said intellectual property plays crucial role for social, economic and cultural development of the country and the government has been working sincerely for the development and protection of patents, trademarks, industrial designs, copyright.

Bangladesh, he said, has attained eligibility to graduate from LDC group to developing nation and urged all, specially the women, to work along with the government to flourish innovation and creativity to maintain the present trend of development.

In her message, Prime Minister Sheikh Hasina said half of the country's population is women who have been playing important role for the country's socioeconomic development.

Women have been able to consolidate their position in all areas including business, she said, adding that the role of women in implementing vision-2021 of the present government is praiseworthy.

Both the President and the Prime Minister wished success all programmes of the day.