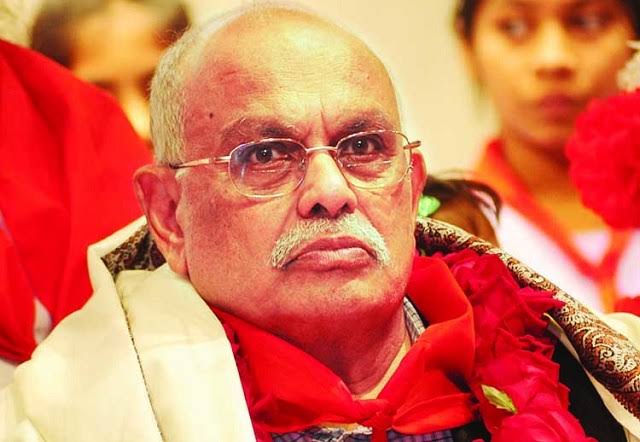 Veteran journalist, columnist and lyricist of Ekushey February's signature song 'Amar vaiyer rokte rangano' Abdul Gaffar Chowdhury passed away at a hospital in UK on Thursday. He was 87.

The Bangladeshi born British writer breathed his last at 6:40 am local time in London.

He was suffering from various old age complication for several months.

In a message of condolence on Thursday, the premier prayed for eternal peace of the departed soul and conveyed deep sympathy to the bereaved family.

Gaffar Chowdhury is perhaps best known for writing the lyrics to “Amar Bhaier Rôkte Rangano” which is the most widely celebrated song commemorating the Bengali Language Movement. It has been regarded by listeners of BBC Bengali Service as the third best song in Bengali.

He was born in the village of Ulania, Mehendiganj, Barisal in 1934. He graduated from Dhaka University in 1959 and went to England in 1974.

Choudhury worked as a journalist in different national newspapers in Dhaka. During the 1971 Bangladeshi Liberation War, he worked for Joy Bangla, Jugantar and Anandabazar Patrika. In the UK, he had been publishing a newspaper named ‘Notun Din’.

He had been living in London from where he regularly wrote columns in Bangladesh’s national dailies, in Bengali newspapers of Bengali community and in a daily newspaper in Kolkata.

He produced a film on the assassination of Bangabandhu Sheikh Mujibur Rahman called ‘Polashi Theke Dhanmondi’.