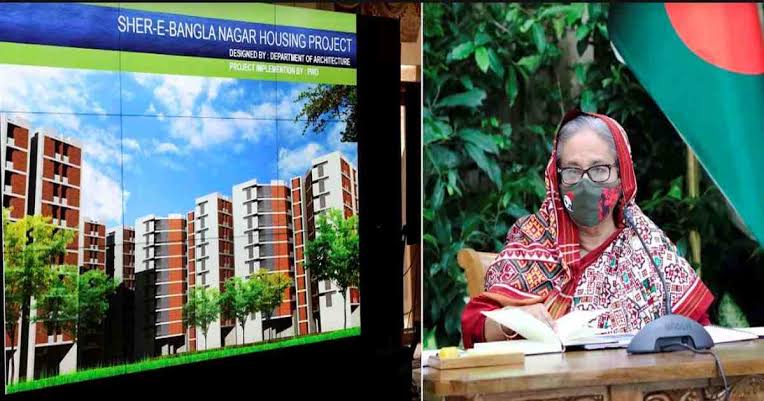 Prime Minister Sheikh Hasina on Wednesday directed the authorities concerned to take high care of environment and ecology while taking up any development project.

"Everybody has to pay attention to environment in any project,” she said.

“The project has to be executed keeping water reservoirs, adequate green area and rainwater harvesting system.”

The prime minister made the directives while witnessing the designs of four projects, which were presented by the Housing and Public Works Ministry and the Rajdhani Unnayan Kartripakkha (RAJUK) at her official residence Ganobhaban, said a press release from the Press Wing of the Prime Minister’s Office.

Hasina directed the authorities concerned to make sure   industries can’t be developed in unplanned ways. The industrial establishments will have to be set up at a specific industrial zone in every area, she said.

“The industrial establishments cannot be built here and there in unplanned ways. This issue must be taken seriously,” she added.

Emphasizing the enhancement of diversity in the case of setting up new industrial enterprises, she said it needs to give importance to the development of agro-processing and IT device-related industrial firms.

The PM also stressed the need for increasing exports and providing subsidies to small industries in this regard.