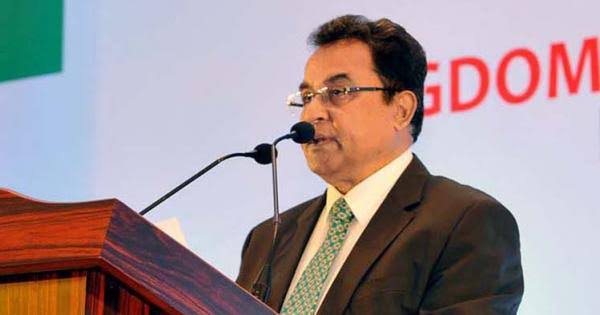 Finance Minister AHM Mustafa Kamal urged the countrymen to provide all the required information in the ensuing 6th Population and Housing Census billed for June 15 to 21 this year to make it flawless and successful.

"It's my earnest request to all, to provide all the required information in the upcoming census so that none remains outside of the enumeration process and thus making this big initiative a successful one," he said.

Speaking on the occasion as the chief guest, the Finance Minister also called upon all to remain alert so that none could create confusion among the common people through disseminating false information regarding the census.

Mentioning that everyone would now see the signs of development everywhere in the country, Kamal said the people of the country are working relentlessly to continue the country's progress under the dynamic leadership of Prime Minister Sheikh Hasina.

Highlighting the importance of accurate data for framing development plans and thus working accordingly, he said that Bangladesh is in the right path for becoming a hunger and poverty free country by 2030 and a prosperous developed country by 2041.

The Finance Minister also noted that after the announcement of giving cash incentives against sending remittance to Bangladesh, the inward remittance flow through official channel has increased significantly over the years.

Planning Minister MA Mannan in his video message also sought cooperation from all in making the ensuing census accurate, flawless and successful.

He said although this 6th Population and Housing Census has been delayed by almost one and a half year due to the COVID-19 pandemic, but the BBS is firm enough to hold this census through digital method for the first time going beyond the traditional method.

He informed that around 4 lakh tabs have already been procured for the enumerators through which they would be able to conduct their activities with ease and comfort.

The Planning Minister said that the census activities would be conducted through integrated census management system while its operations would be monitored through real time.

For conducting the census, web-based Integrated Census Management System (ICMS) and Geographical Information System (GIS) have already been formulated while control maps for the enumeration areas have also been prepared.

To make the next census a success, some 3.70 lakh enumerators, 64,000 supervisors, and 4,500 officials and employees will remain active in various tiers of the census activities.

Apart from BBS, some 900 officials from various government bodies will act as zonal officers during the census operations.

Prime Minister Shiekh Hasina will address before the nation on June 14 or any suitable time before the census to motivate people about the census.

The data collected from the census would remain as encrypted for which it would be possible to ensure cent percent security to personal information.

A state-of-the-art call center has already been set up at the BBS headquarters from where anyone through dialing 09602998877 would be able to get any census related information.

In this census, using Geographic Information System-based digital map, data of all households of the country will be collected simultaneously through Computer Assisted Personal Interviewing method using digital device 'tabs'.

The data from the field-level for the census will be collected from June 15 to June 21 while this will also be considered as 'census week'.

The midnight of June 14 (zero hour of June 15) will be considered as 'census reference point or time'.