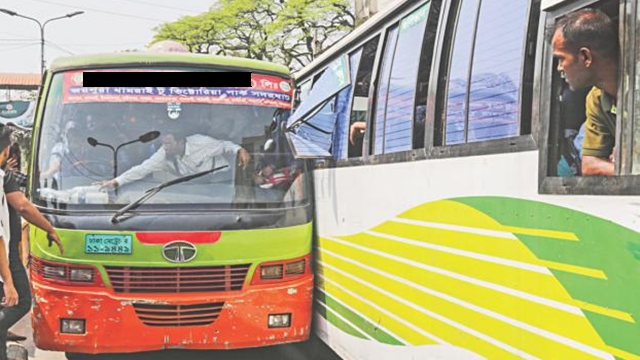 Rozina Akhter, a domestic help, who lost one of her legs after a BRTC bus ran over her on the Airport Road in the capital’s Banani on April 20, died at Dhaka Medical College Hospital (DMCH) on early Sunday.

This is the second incident of losing life after suffering severed limb on the capital’s streets caused by reckless driving.

Rajib Hossain, a student of Government Titumir College, was the earlier victim. On April 4, he lost his right hand after it got stuck between two buses at Bangla Motor area. He succumbed to his injuries at DMCH on April 17.

An Uttara-bound BRTC bus from Mohakhali hit Rozina while she was crossing the road close to Chairman Bari in the evening of April 20. Her right leg got severed from the thigh.

Meanwhile, a private car driver, Russell Sarkar, 26, lost his leg at Dholaipar area in the city on Saturday, when a luxury coach of ‘Green Line Paribahan’ hit his car on the slope of Hanif Flyover.