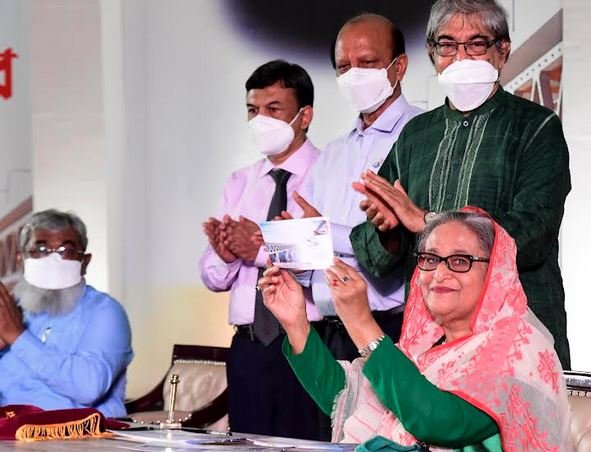 The premier unveiled the postage stamp, the first day cover, the souvenir sheets and the data card using a special canceller at the opening ceremony of the country's biggest self-financed mega project which is expected to boost GDP by 1.2 to 2 percent.

Shefyaet said the postage stamp, the first day cover, the souvenir sheets and the data card will be available at Philatelic Bureau of Dhaka GPO and later at other GPOs and head post offices across the country.