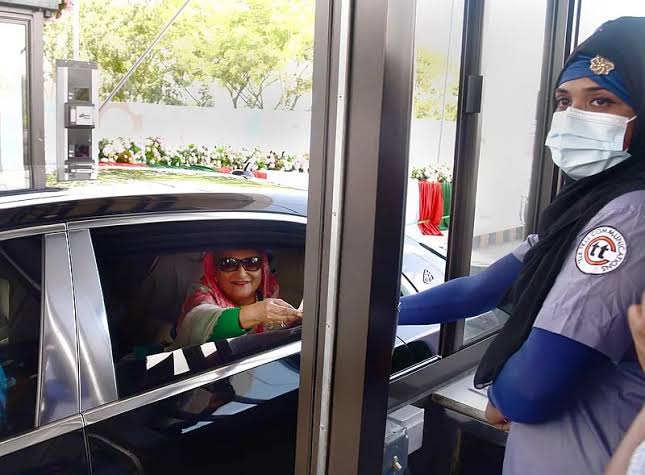 Prime Minister Sheikh Hasina on Saturday initiated the process of giving toll to cross the much-awaited Padma Multipurpose Bridge, soon after opening it to the traffic.

Earlier, on June 17 last, the authorities concerned conducted a test run for the toll plaza of the Padma Multipurpose Bridge as some of public cars crossed the toll plaza at the Mawa end.

The test run continued for seven days and the authorities rehearsed the process of taking tolls and issuing slips during the period.

Although, the Padma Bridge was inaugurated for vehicular movement today, it will be opened to traffic at 6am tomorrow (Jun 26).