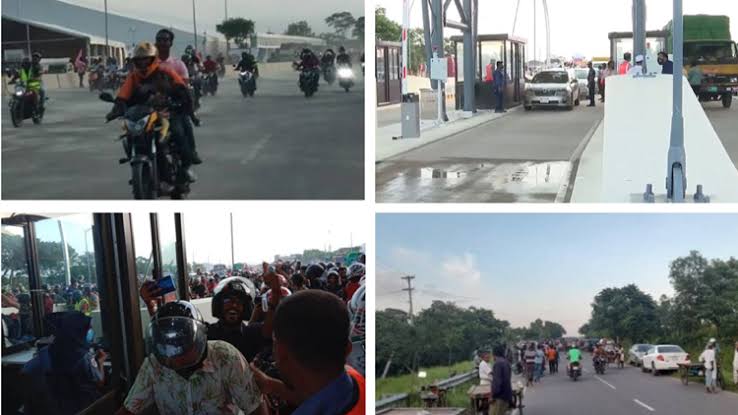 Padma Bridge has been opened for vehicular movement from 6am today.

Hundreds of vehicles were seen gathering on the Dhaka-Mawa Expressway since early morning on Sunday. The concerned authorities have also made proper preparations to control the situation.

As soon as the bridge was opened for traffic, 14 toll gates on both sides were opened.

Around 100 buses of different companies will make their maiden trips via the Padma Bridge on this morning.

A motorcyclist will have to pay Tk100 to cross the Padma Bridge, while the toll is Tk2,400 for a large bus with three axles and Tk2,800 for a medium truck.

Prime Minister Sheikh Hasina inaugurated the plaque the 6.15-kilometre Padma Bridge on Saturday. She paid toll as the first traveller on the bridge.