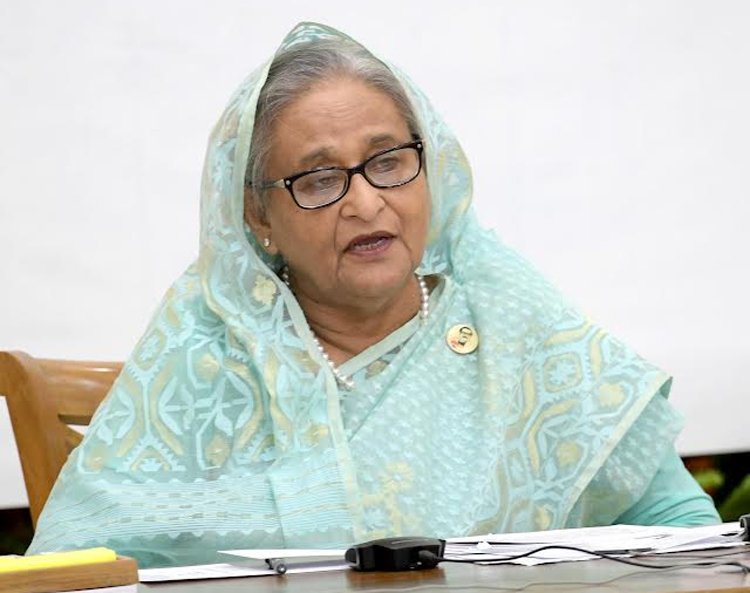 Prime Minister Sheikh Hasina on Sunday asked the students to keep pace with the modern era through acquiring knowledge of ever evolving technology and science to take the country towards development and prosperity.

"You have to go with the modern era. We have to step forward keeping pace with the flourishing of technology and science," she told the winners of countrywide “Bangabandhu Innovative Talent Hunt 2022” competition, at a function held at the International Mother Language Institute.

The premier joined the programme virtually from her official residence Ganabhaban.

She mentioned that the government has given immense importance to research on science, health, livestocks, agriculture and other subjects.

"Actually research can show us the path," she said.

Hasina hoped that the talents of the youths and new generation will advance the country with their innovative thinking and creativity.

She asked the new generation to devote themselves to building the country as developed and prosperous Golden Bengal.

"Through the practices of science and obtaining modern technological know-how we will be able to move the country ahead and the new generation will be able to do that," she said.

PM Hasina called for finding out the talented youths of the country to use their talents and creativity in the development of the country.

"We have to use their talents and creativity for tomorrow's developed Bangladesh," she said.

Following the footprint of Bangabandhu, her government also put the highest importance to education as it is a must in building a poverty- and hunger-free country, she said.

Hasina said the government made education multifaceted one by establishing specialised universities in the country to stand on their own feet and create a qualified generation.

Congratulating the award winning students, she advised them to be attentive to their regular studies saying they will have to work for the development of the country.

On behalf of the prime minister, Education Minister Dipu Moni handed over awards among the 15 winners at national and divisional level.

Two award winners spoke at the function sharing their feelings.

A documentary on the Talent Hunt was screened at the programme.