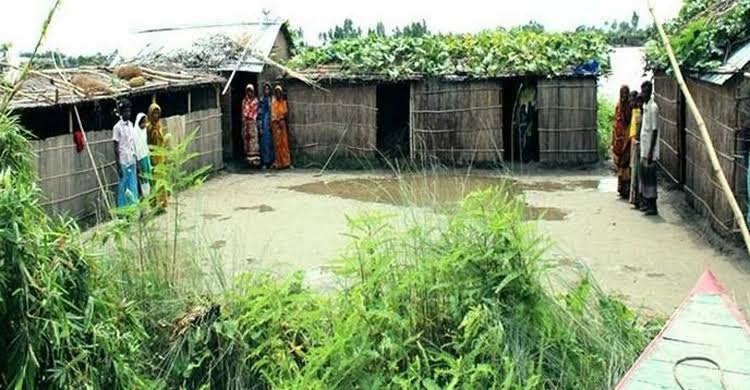 Affected people have started returning to their homes with the receding of water as the flood situation in six districts has improved further.

The Flood Forecasting and Warning Centre on Saturday forecast the further improvement in the flood situation in Kurigram, Sylhet, Sunamganj, Netrokona, Kishoreganj and Brahmanbaria districts.

According to the FFWC, all the major rivers in the northeastern region of the country were in a falling trend on Saturday, which may continue in the next 48 hours.

But the Brahmaputra-Jamuna and Ganges-Padma were in a rising trend and they may swell further in the next 24 hours, it said.

Thousands of flood-hit people in the six districts took shelter in different flood centres and other places as their houses were flooded.

However, they started returning to their homes as floodwaters were receding from many areas.

The government and different organisations and individuals continued to provide help for the flood-affected people.

Like the flood victims, relief assistance is also urgently needed for cattle in the affected districts, said locals.

Asabur Rahman, president of the parishad, said with the people, cows, ducks, hens and pet animals were suffering from food shortage. “What I think is the livestock and pet animals are urgently needed fodder,” he said.

According to Bangladesh Meteorological Department (BMD), the monsoon trough ran through Uttar Pradesh, Bihar and West Bengal to Assam of India and across central part of Bangladesh.

One of its associated troughs extended upto Northwest Bay. Monsoon is fairly active over Bangladesh and moderate elsewhere over North Bay.