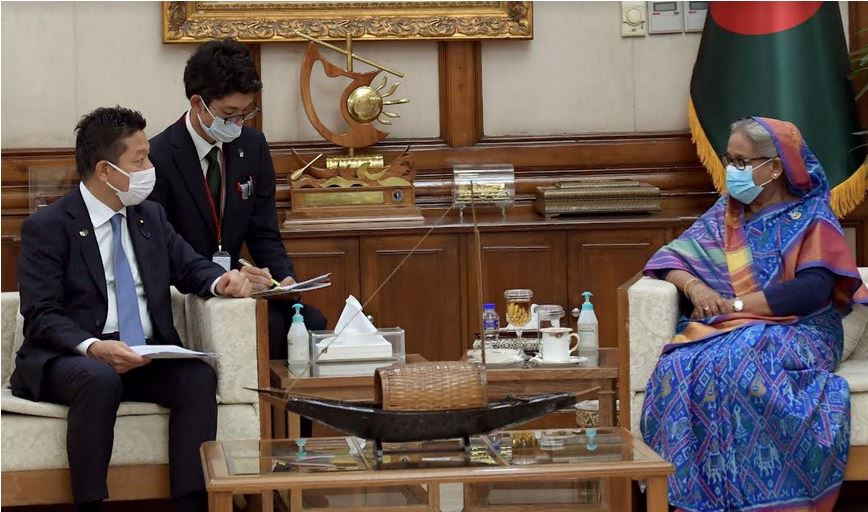 Both Bangladesh and Japan want dignified repatriation of the forcibly displaced Rohingyas to their homeland Myanmar.

The Rohingya issue was discussed when Honda Taro, Parliamentary Vice-Minister for Foreign Affairs, Japan, and TANAKA Akihiko, President of the Japan International Cooperation Agency (JICA), paid a courtesy call on Prime Minister Sheikh Hasina at her official Ganabhaban residence in Dhaka on Sunday.

During the meeting, Bangladesh's prime minister has sought Japanese support to repatriate Rohingyas to their motherland Myanmar.

"Several years have elapsed since the Rohingyas took shelter in Bangladesh and they are now becoming a burden for us," she added.

He added: "Japan wants dignified repatriation of Rohingyas and they are supporting Bangladesh on the issue."