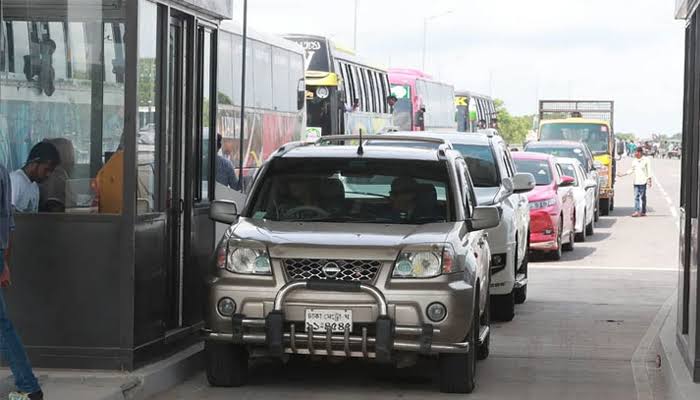 Over Tk 200-crore toll has been collected from vehicles that crossed the Padma Bridge in three months since its inauguration.

Dewan Md Abdul Kader, executive engineer of the Padma Multipurpose Bridge project, on Tuesday evening said a total of Tk 2,011,327,050 has been collected at the Mawa and Jazira ends of the bridges in 92 days from June 26 to September 26.

During the period, some 1,447,852 vehicles crossed the bridge, he said, adding that 15,568 vehicles made their journey through the bridge every day on average while the daily toll collection was Tk 21,627,172.

During this period, Tk 1,389 toll has been collected from each vehicle on average. Maximum 51,316 vehicles crossed the bridge on June 16 while highest Tk 41,939,650 toll was collected at both ends of the bridge on July 8.

Kader said the pressure of traffic on the Padma Bridge will increase further after the opening of the Kalna Bridge. If additional vehicles cross the Padma Bridge, the revenue collection will also go up.

After the inauguration of the Padma Bridge by Prime Minister Sheikh Hasina on June 25, the bridge was opened for traffic on June 26.