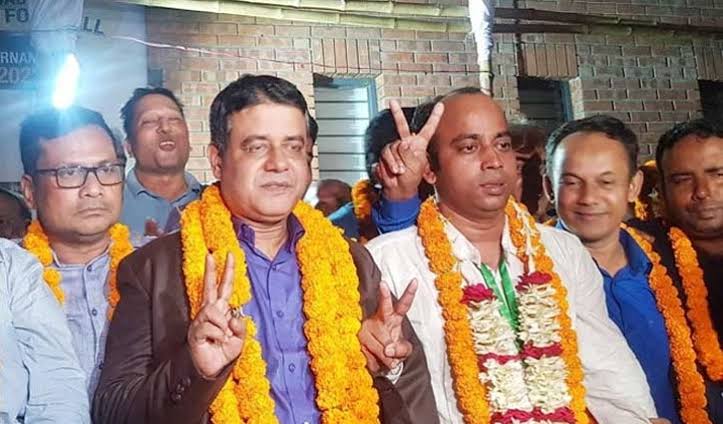 Mursalin Nomani and Mainul Hasan Sohel have been elected president and general secretary of Dhaka Reporters Unity (DRU) for the next year.

After the election, the DRU election commission chairman Manjurul Ahsan Bulbul announced the names of the winners on Wednesday (November 30).

Besides, Mohammad Naimuddin has been elected uncontested as the felicitation secretary.