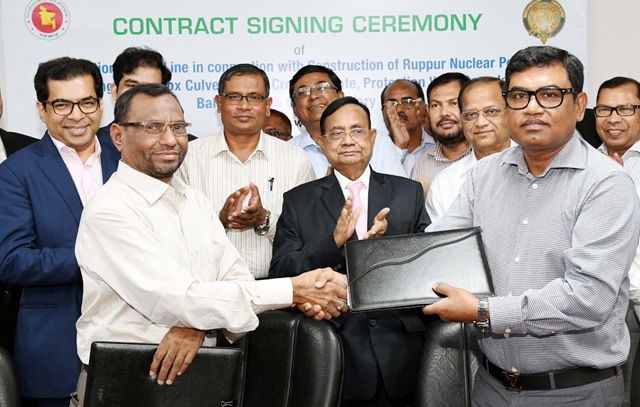 The project also include construction of a railway station, 13 level crossings and seven box culverts along with purchase and establishment of a computer-based color light signaling system.

The total estimated cost of the project is Tk 297.55 crore involving the construction of a 26.52 km-long rail line including 4.50 km loop-line.

According to the contract, the project will be completed within 18 months.

During the signing ceremony, the minister said the project will be implemented on priority basis following the order of Prime Minister Sheikh Hasina under the direct surveillance of Prime Minister’s Office.

“The rail link will ensure easy carrying of heavy materials and equipment from Chattogram and Mongla ports to the under-constructed nuclear power-plant site,” said the minister.

The Ministry of Science and Technology has initiated the project of constructing and renovating the railway tracks and the signaling system.