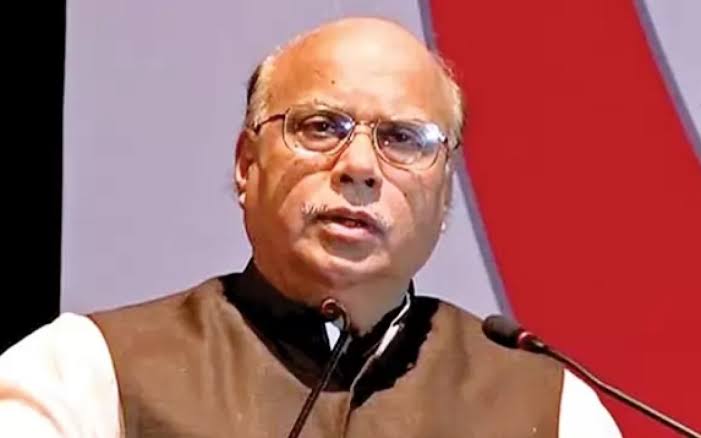 Former Health Minister Mohammed Nasim has successfully undergone a surgery after suffering a stroke while being hospitalised from COVID-19.

His son Tanvir Shakil Joy confirmed the development on Friday.

"My father's operation was successful. The prime minister called the doctors and myself to ask about him. Please pray for his speedy recovery," he said.

A medical team, led by Professor Dr Raziul Haque, head of Neurosurgery Department of Dhaka Medical College Hospital, conducted the surgery from 9 am to 11:45 am after Mohammad Nasim suffered brain hemorrhage early today.

Dr Raziul Haque said, "Mohammad Nasim was supposed to be shifted to the cabin from the isolation HDU of the hospital today. But he went into convulsions around 5:30 am. A CT scan confirmed that he had suffered a brain hemorrhage. We decided to conduct an urgent surgery after that."

"Mohammad Nasim is now kept under observation in ICU and he will be here for the next two days. We will perform more CT scans during the time and will decide about the next course of treatment after that."

Nasim was admitted to Bangladesh Specialised Hospital in Shyamoli with COVID-19 symptoms, including a fever and a cold, on Jun 01.

He later tested positive for COVID-19 and was rushed into surgery on Friday after suffering a brain haemorrhage.

Nasim, the son of M Mansur Ali, one of the four national leaders killed in jail on November 03, 1975, had also served as home minister for the Awami League government in 1996.

Prime Minister Sheikh Hasina subsequently appointed him as health minister during her government’s next tenure.