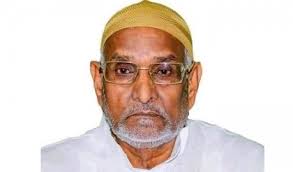 He at a press conference at his residence in Shahpur village in Ishwardi upazila demanded a fresh and fair election.