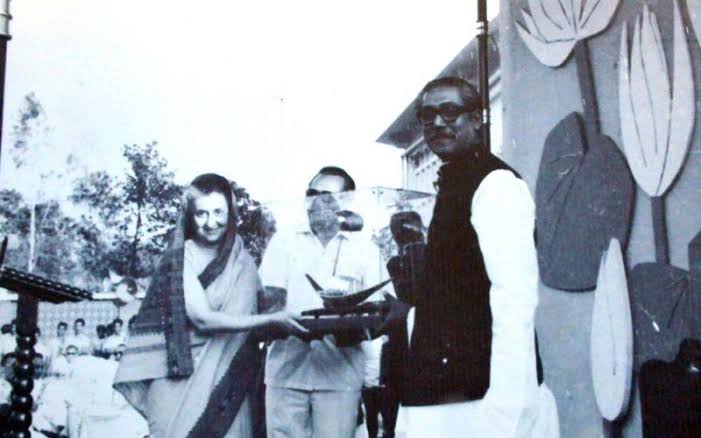 Prime Minister Sheikh Hasina said Father of the Nation Bangabandhu Sheikh Mujibur Rahman’s historic speech delivered at the Brigade Parade Ground in Kolkata on February 6, 1972 is very significant one in the history of Bangalee nation.

Bangladesh Information Ministry along with Bangladesh Deputy High Commission in Kolkata in cooperation with Indian authorities will arrange a memorial meeting today marking the day at the historic parade ground on the eve of the golden jubilee of Bangladesh’s independence and birth centenary of Bangabandhu.

Terming the initiative as milestone, the prime minister in a message said India has remarkable contributions to Bangladesh’s Liberation War.

Sheikh Hasina said in one hand India gave shelter, food and all other essentials to nearly one crore people of Bangladesh during the Liberation War, on the other hand, hundreds of Indian soldiers embraced martyrdom for the independence of Bangladesh.

“That is why the friendship between the two countries is written in blood letters,” she added.

She said India’s gift of 20 lakh vaccines to Bangladesh in facing the coronavirus pandemic is an instance of the friendship.

Mentioning that Bangabandhu’s stay in Kolkata during his student life is very important, she said he (Bangabandhu) passed higher secondary and BA from Islamia College (now Maulana Azad College) in that city.

“During that period, he regularly took part in different political programmes actively with national level leaders and obtained deep knowledge on true political practice and its aspects,” she added.

The prime minister said when the Liberation War started, around 72 lakh Bangladeshis took refuge in only West Bengal and at that time, Kolkata had turned into a union of Bangalee nationalism.

In cooperation with the Indian government, Bangladesh leaders close to Bangabandhu Sheikh Mujibur Rahman had administered the Liberation War staying in Kolkata and different places in India, she recalled.

She said poets, litterateurs and intellectuals and others had played an unparallel role during the Bangladesh Liberation War.

On the occasion of Bangabandhu’s historic speech on February 6 in 1972 in Kolkata, the prime minister recalled the father of the nation with profound respect and prayed for the eternal peace of Bangabandhu’s soul.

She also recalled with gratitude the sacrifice and unity of Indian people during the Liberation War of Bangladesh.

She wished the friendly ties between the two neighboring countries will further stronger in the coming days.