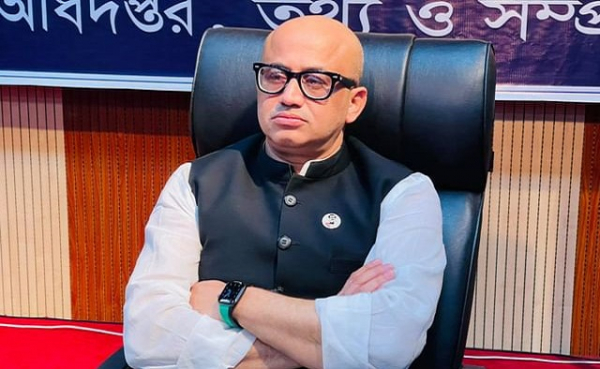 The ruling Awami League’s Jamalpur district unit relieved Md Murad Hassan of his position as health affairs secretary on Tuesday, hours after he resigned from the cabinet.

“The decision was taken at an emergency meeting this afternoon,” Advocate Muhammad Baki Billah, president of the district unit Awami League, confirmed the media.

The lawmaker from Jamalpur-4 constituency was relieved from the post for tarnishing image of the party and on allegation of his involvement in anti-disciplinary activities, according to a press release.

The district committee will send a letter to the Awami League central executive committee for making final decision, it added.

Meanwhile, Awami League General Secretary Obaidul Quader told the media that Murad Hassan, who has no post in Dhaka, was going to be removed from the district unit of the party.

Earlier on the day, Murad surrendered his portfolio as state minister for information and broadcasting following the instruction of Prime Minister Sheikh Hasina for his offensive and indecent remarks on women.

The under-fire junior minister submitted his resignation letter to the prime minister on Tuesday showing personal reasons for quitting his job.

Murad Hassan had been under increasing criticism by various quarters for his disrespectful remarks on women in an interview on social media.

A number of audios and videos containing indecent remarks by Murad also went viral on social media in the last few days.