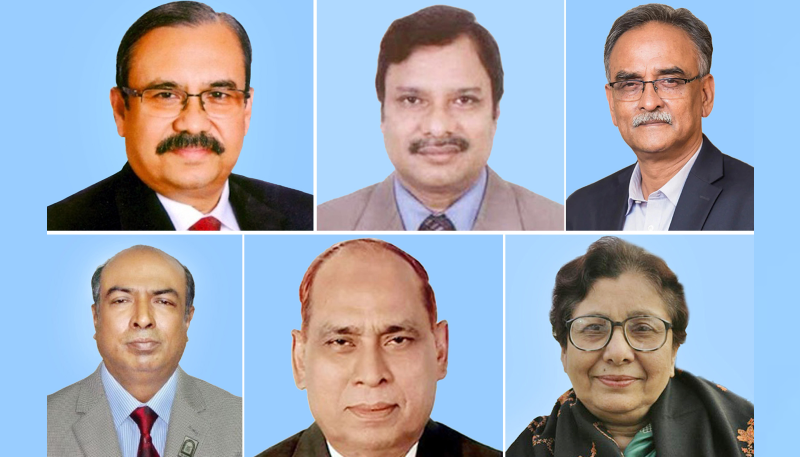 The Search Committee, formed to propose nominations to constitute the next Election Commission, finalised the names of 10 people for submitting those to the president on Tuesday.

Cabinet Secretary Khandker Anwarul Islam confirmed the matter while talking to reporters after the 7th meeting of the committee held at the Judge Lounge of the Supreme Court in Dhaka.

"The search committee has finalised the names of 10 people after the meeting. The committee also handed over the names to the president on Thursday (February 24). He (the head of the state) will decide the next course of action accordingly," he said.

Following the sixth meeting of the search committee held on February 20, Justice Obaidul Hassan said that according to the law, the Search Committee cannot reveal the names.

"After receiving the list of the proposed names, the president may reveal the names if he wishes," he added on that day.

Earlier, the search committee held meetings with 47 eminent personalities in four phases on February 12, 13 and 14 last for receiving suggestions for forming the next EC.

On February 14 last, the Cabinet Division, which provided secretarial support to the search committee, published 322 names that the political parties, professional bodies and individuals proposed to include in the search committee for the formation of the next EC on its website.