Quader sure of AL victory in next polls 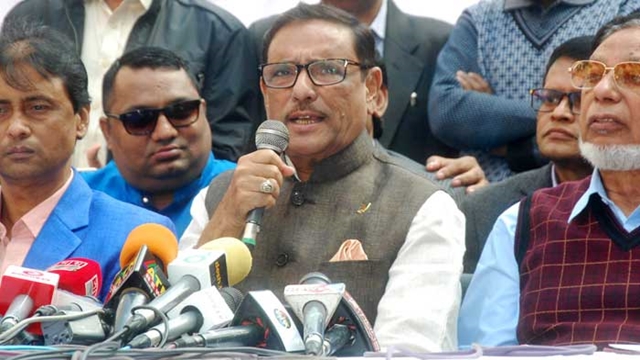 Quader, also the Road Transport and Bridges Minister, came up with the belief while addressing a public gathering on way to its road tour in Cumilla's Eliotganj on Saturday.

"The elections will be held in December, the month of victory, and Awami League will surely win it," claimed the minister.

He also warned the nomination aspirants of the party saying those who are unacceptable to the people for their misdeeds will not get nomination.

Awami League started its election campaign from the party's Dhanmondi political office to southeastern Bangladesh through a road tour this morning.  Obaidul Quader is leading the tour which will end in the tourism city of Cox's Bazar via port city Chattagram.

As part of their election campaign, the Awami League leaders had flown to Sylhet on August 30 and travelled to northern parts of the country by train on September 8.