National unity without AL is not possible: Quader 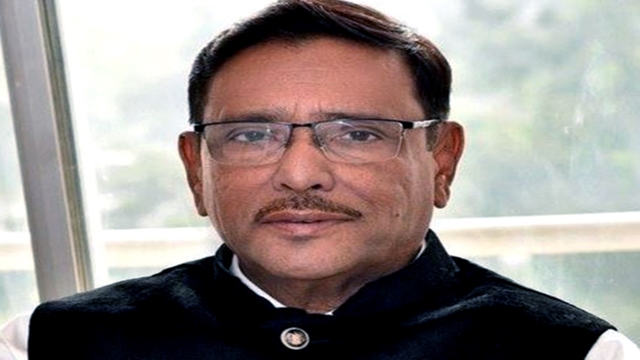 Awami League General Secretary and Road Transport and Bridges Minister Obaidul Quader today said the national unity without Awami League (AL) is not possible as it is the largest and most popular political party of the country.

“The people will not accept any unity without Awami League,” he told a public rally at Shikalbaha under Karnaphuli thana of the district.

The AL general secretary addressed the rally as part of his three-day organizational trip from Dhaka to Cox’s Bazar that began yesterday.

Quader said Awami League will win the next general election, if it remains united. AL nominated candidates won the elections of Gazipur, Rajshahi, Khulna city corporations as they were able to unite leaders and activists of local units of the party.

Highlighting massive development of the country under the Awami League government, he urged party leaders and activists to work together to win the next general election.