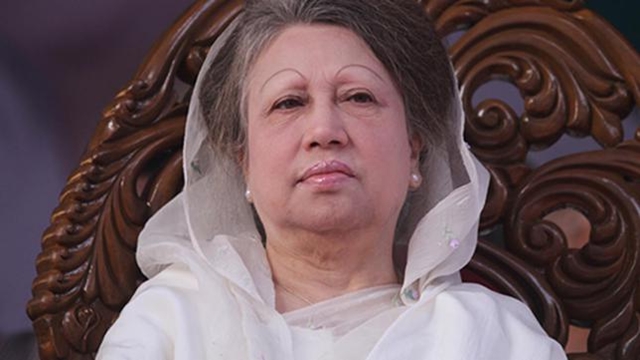 Home Minister Asaduzzaman Khan on Wednesday refuted the allegations of keeping BNP Chairperson Begum Khaleda Zia in an unhealthy condition in jail, saying she (Begum Zia) was kept in a new building of the old Dhaka Central Jail.

“Khaleda Zia has been given all the facilities in accordance with the jail code and kept in a new building used as a daycare centre for the children (of the prisoner). There are nothing unsafe, risky and unhealthy in the new building,” he said after coming out of a function marking the 23rd founding anniversary of the Coast Guard.

“The Coast Guard has achieved the confidence and trust of the people with their honesty, efficiency, and professionalism despite having manpower shortage, he said, adding that the government has been working to make the force self-sufficient.

Asked about progress about repatriation of the Rohingyas, he said, “The home minister of Myanmar is now visiting Bangladesh to discuss about progress of the decisions taken in our visit to Myanmar to return Rohingyas to their homeland.”

“Illegal infiltration of Rohingyas into the country has declined manifolds and will soon be come down to zero,” he said adding, “There are continuous pressures on the Myanmar government to repatriate the Rohingyas.”

Replying to another query, the minister said, “We are trying our best to help the Education Ministry in stopping question papers leakage and the masterminds of the gang will soon be arrested.”

Speaking on the occasion, Secretary of Public Security Division of the Home Ministry Mostofa Kamal Uddin said, “The Coast Guard has been working to implement the government plan in flourishing the blue economy.”