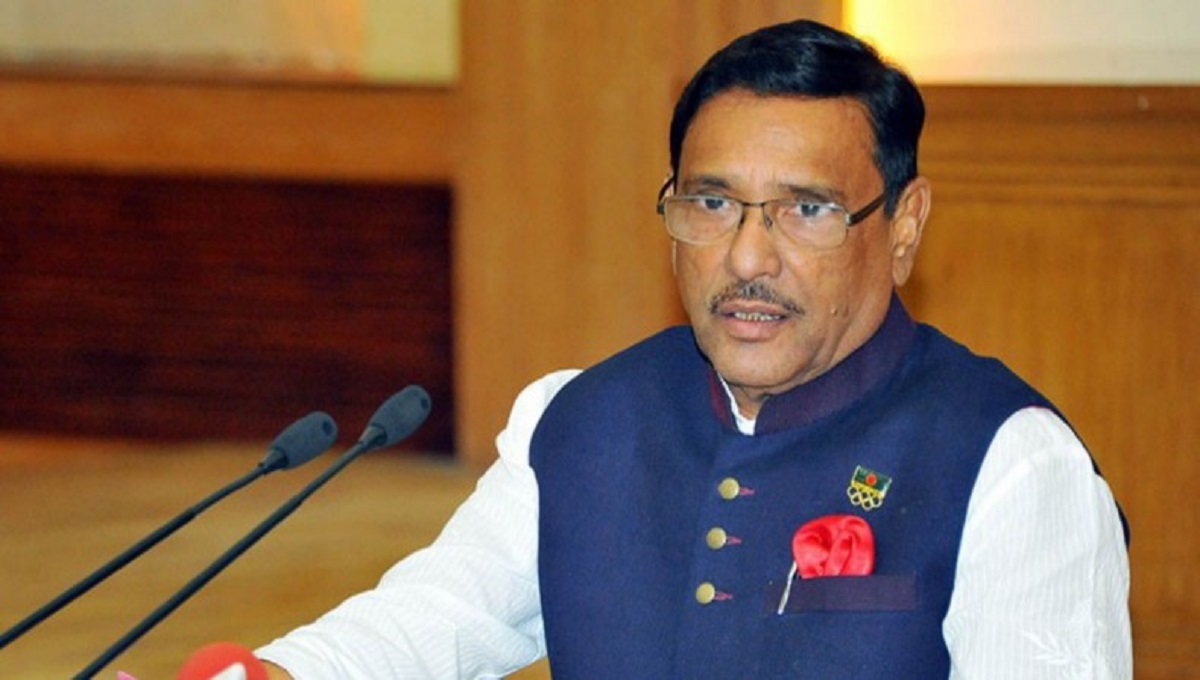 Claiming that BNP is not concerned at all at the murder of Buet student Abrar Fahad, Awami League General Secretary Obaidul Quader on Tuesday said the party wants to make it an issue for waging a movement.

“BNP wants to make the Abrar killing an issue to wage a movement as they failed to do so for various reasons,” he said while talking to reporters at the Secretariat.

Quader, also road transport and bridges minister, said quick action was taken after the murder. “Prime Minister Sheikh Hasina called the IGP and instructed him to arrest all the killers.”

Those involved with the incident have been arrested, he said, adding that the Prime Minister also directed the law minister for quick disposal of the case.

The ruling party leader questioned the logic behind the demonstration by the students of Bangladesh University of Engineering and Technology (Buet) when all of their demands were met.

Meanwhile, the Buet students withdrew their protests in the evening as the university authorities accepted most of their demands.

They, however, announced to boycott all the academic activities until the killers are expelled from the university and law enforcers submit the charge-sheet in the Abrar Fahad murder case.

Mentioning that the Abrar killing is embarrassing for the party and the government, Quader said it will not be right to blame Bangladesh Chhatra League for the murder. “The party won’t take the responsibility for the misdeeds of a handful of activists. Those committed the crime will be brought under justice.”

He, however, said the government must take the responsibility for the incident as it is in power.

Abrar Fahad, 21, a second-year student of electrical and electronic engineering department of Buet, was beaten to death allegedly by Bangladesh Chhatra League leaders at Sher-e-Bangla Hall.

He was found dead on the staircase of the dormitory in the early hours of October 7 after the BCL leaders beat him at room-2011.