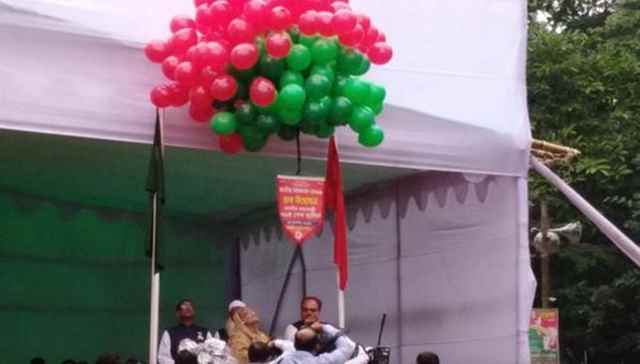 She inaugurated the council of Sramik League, an affiliated body of the ruling Awami League, by releasing pigeons in Dhaka's Suhrawardy Udyan around 11:00 am on Saturday.

Later, the new central committee nomination of the body will be held at the council session at the Institute of Engineers, Bangladesh auditorium at 3:00 pm.

Father of the Nation Bangabandhu Sheikh Mujibur Rahman founded the organisation, the largest labour organization in the country, on October 12 in 1969.

More than 15,000 councilors and delegates from 78 district units across the country along with the Sramik League’s central committee leaders joined the conference. Besides, a number of foreign guests including labour leaders participated in the programme.

Marking the council, a 90-feet long and 30-feet wide stage has been built at the council venue Suhrawardy Udyan.

The council venue wore a festive look marking the council. Sources said tested and dynamic leaders may be given the responsibility of the Sramik League for stopping intruder’s entrance in the party and bringing discipline in the organization.

At the last conference of the Sramik League on July 19 in 2012, labor leader Sukur Mahmud and Sirajul Islam were elected president and general secretary respectively of the body.