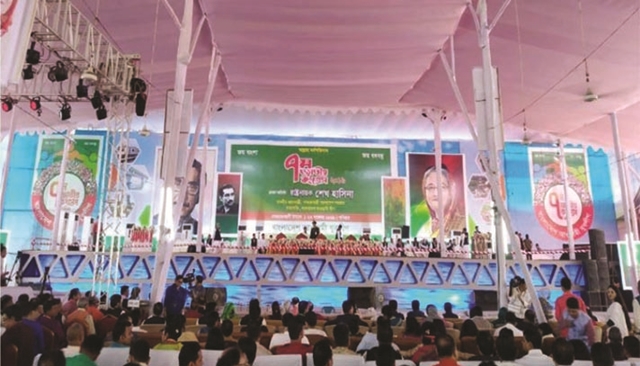 The premier opened the council by hoisting the national flag, releasing pigeons and balloons at the historic Suhrawardy Udyan in the city at 11 am in the morning.

The congress is being held aimed at bringing clean-image and dedicated leadership into the associate youth body of the ruling Awami League.

Controversial leaders with alleged involvement in the casino business and other irregularities have not been invited to the event, sources said. 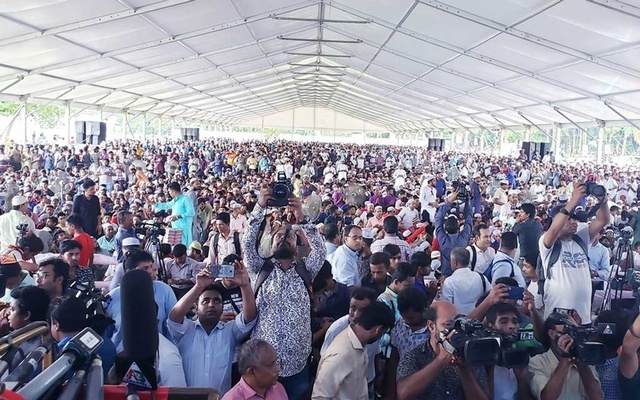 As many as 28,000 councilors from 77 organizing districts across the country are taking part in the triennial national congress of the Jubo League.

They will elect their new leaders at the council session at Institution of Engineers, Bangladesh (IEB) auditorium here in the afternoon.

Sources say the party will amend its constitution for bringing power-balance between its chairman and general secretary.

A draft charter has been prepared for getting nods of the councillors in the council session, sources close to the constitution sub-committee said.

Most leaders of the last committee are going to be dropped as a maximum age limit of 55 years has been set for the members of the organisation.

Senior Awami League leaders say no controversial person will be allowed in the new committee and people with a clean image will get the top jobs.

Harunur Rashid, general secretary of the last committee, said Jubo League never held a vote to elect leaders. So, all eyes will be on Hasina for her decision.

“No one contests for the posts. Those willing to get positions try to stay in discourse or appear before the senior leaders,” Harun said.

Past and present leaders hope a change in leadership through the council will help the organisation founded by Bangabandhu Sheikh Mujibur Rahman shake off the controversies and regain its glory.

A huge stage has been built in the shape of ‘Padma Bridge’ at the council venue to highlight the country’s development activities under the leadership of the Awami League government.

The last council of Jubo League was held on July 14 in 2012 bringing Omar Faroque Chowdhury, recently relieved from the party for alleged involvement with casinos and other irregularities, and Harunur Rashid as chairman and general secretary, respectively.

Shahid Sheikh Fozlul Haque Moni had formed the youth organization Bangladesh Awami Jubo League on November 11 in 1972 at the directive of Father of the Nation Bangabandhu Sheikh Mujibur Rahman.