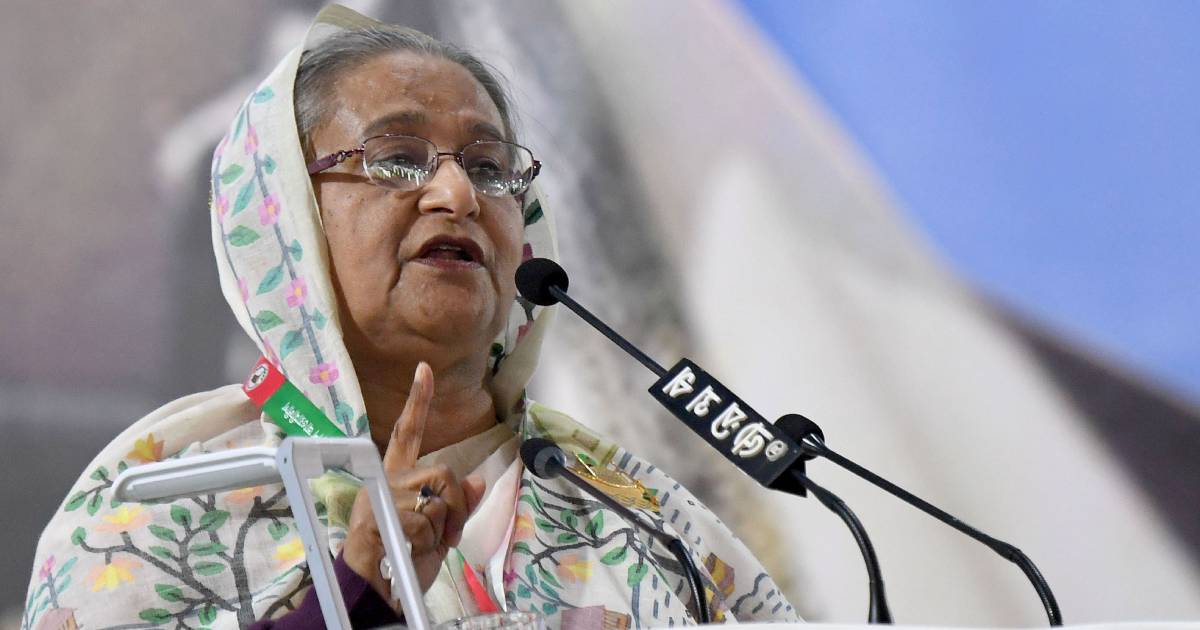 Prime Minister Sheikh Hasina on Friday said she revitalised Awami League over the years to make it the largest and strongest political party in the country.

“We suffered splits among us on one or two occasions even after that (her return to Bangladesh in 1981). I rejuvenated the party after the rifts. I roamed throughout the country and revitalised it gradually. So, today Bangladesh Awami League is the biggest and strongest organisation in Bangladesh,” she said.

Sheikh Hasina, the president of the ruling party, said this while addressing the inaugural session of the 21st triennial national council-2019 of Awami League in the city.

The two-day council kicked off amid much enthusiasm and festivity at the historic Suhrawardy Udyan in the afternoon.

Hasina said there were many efforts to annihilate Awami League since Pakistan period. The attacks came during the regimes of Yahya Khan, Ayub Khan, Ziaur Rahman, HM Ershad and even Khaleda Zia, she said.

But AL could not be obliterated as the ideology-based organisation was built at the hands of Father of the Nation Bangabandhu Sheikh Mujibur Rahman. “Though it was damaged for the time being, it could not be destroyed completely,” she added.

Sheikh Hasina said she and her younger sister had to stay abroad as refugees and could not return home for six years after the killing of the Father of the Nation on August 15, 1975.

She returned home during adverse environment responding to the call of countless leaders and activists of Awami League after she was elected the party president at a council in her absence in 1981, she said. AL at that time was vulnerable as the party was divided.

Hasina noted that AL has been doing politics with the goal of securing a dignified position for the nation in the world arena, and asked her party’s leaders and activists to work upholding the thought and spirit.

The Prime Minister said Awami League is the only party in Bangladesh which established the rights of the mother tongue and independence for the people.

“Today we’re also marching towards economic emancipation (under AL leadership). Inshallah, we’ll definitely build Bangladesh as a hunger and poverty-free, developed and prosperous Sonar Bangla as dreamt by the Father of Nation. It’s our promise. It’s our goal,” she said.

Hasina said AL has been leading the struggles for establishing rights of the people since its inception. All achievements of the people of Bangladesh came through the hands of AL, she added.

She said the people of the country are benefitted whenever AL comes in power. Bangladesh made a turnaround and has graduated as a developing country within a decade after AL came to power in 2009, she said.

Sheikh Hasina said BNP secured only 29 seats in the 2008 parliamentary elections that drew no question from any quarter.

BNP boycotted the 2014 general election and engaged in nomination business, nominating three to four persons in a single constituency. “They (BNP) actually didn’t contest it sincerely,” she said.

The Prime Minister highlighted successes of the government, including exchange of enclaves, securing a vast sea area, slashing poverty to 20.5 percent, increasing GDP growth to 8.15 percent, bringing 95 percent of the country under electricity coverage, making Bangladesh self-sufficient in food, and improving child and maternal health.

She said the councils of the AL grassroots units, which could not be arranged before the national council, would be held soon.

Sheikh Hasina inaugurated the council of the country’s oldest political party at 3:05pm by playing the national anthem, hoisting the national flag and the party flag, and releasing pigeons and balloons.

Some 15,000 councillors and delegates took part in the council. Leaders of other political parties and representatives of various professions, diplomats of different countries including the USA, the UK, India, China, South Korea, the European Union, Germany, Iraq, Palestine, Thailand, Indonesia and Vietnam also joined the inaugural session.